Three months after Debra’s stroke in 2010, we drove to Palm Springs to meet her family for the holidays. Her stroke had initially robbed her of all speech. Now, after months of hard work, she could produce simple words as part of therapy exercises she did with professionals and at home.

Debra mostly just repeated words we said. Sometimes she gave one-word answers to questions we had previously rehearsed. Maybe a rough rendition of the refrain from a song she knew from childhood and we practiced over and over. Debra insisted on working overtime — after all, she was a professor whose goal was to regain all she had lost and return to the classroom within the year.

But progress toward that goal was painfully slow, putting her in a constant state of frustration. Her progress seemed to give her little sense of accomplishment.

Over breakfast one morning, our extended family was in the hotel restaurant talking about movies. Someone mentioned the one about the farmer who trained a pig to be a sheepdog, and we couldn’t for the life of us remember the name of the movie. Suddenly Debra blurted out – “BABE!!!”  We wheeled around to see her beaming with pride, then all burst into hoots and hollers. Other guests glared at us, but we didn’t care. This was the first time since her stroke that Debra had produced a word directly and only from a thought in her head. That small success fundamentally changed her approach to therapy.

Debra began to embrace that her path back to speaking would take a series of small goals and the small victories to be celebrated. She agreed to walk weekly with a friend who would enjoy as much, or as little, speech as Debra could produce.

She agreed to an interview with NPR radio, knowing she would likely stumble through it. She gave a talk at the annual event for the Pacific Stroke Association; titled “Lucky to be Alive.” It required lots of help and even more practice and was nothing like the talks she used to give.

About three years after her stroke, Debra agreed to give a 10-minute talk at a small gathering of academic colleagues, called the May Meaning Meeting, where she got some crucial encouragement to write a book about her stroke journey.

These were all bite-sized goals that pushed her forward. And that remains her strategy today. She adds a bit more difficult language to a presentation, tells a more complex story, and prepares to answer questions without a script. Her speech still won’t let her get back to being a full-time professor, and maybe never will. But she’s using her voice for good and still improving her speech – even 10 years after her stroke. Debra first wrote about “small wins” in an academic journal article in 1995. The concept, described by organizational theorist Karl Weick, featured prominently in Debra’s book, Tempered Radicals. She wrote about how people who are different from their organization’s dominant culture (by virtue of gender, race, sexual orientation, etc.) can use “small wins” to break down big and difficult goals into a series of more manageable smaller ones. Doing so could make increasing diversity and inclusion less daunting and more achievable.

For 10 years now, Debra has applied that same strategy to stroke recovery. She didn’t make the explicit connection to her earlier work until she was writing the book Identity Theft: Rediscovering Ourselves After Stroke.

When she quoted in that book these words from Tempered Radicals, it sounded as if they had been written specifically for stroke survivors and her own recovery experience: “When they set goals and focused on small wins, however, they found that, over time, the wins piled up and created meaningful change in how they felt about the situation. A small win reduces importance (‘this is no big deal’), reduces demands (‘that’s all that needs to be done’), and raises perceived skill levels (‘I can do at least that’.)”

Amy Walters spent 25 years introducing neurosurgeons to new medical devices and procedures used to treat aneurysms and acute stroke. While travelling the world for her work, she always scheduled an extra day for a local hike. She had also trekked more than 100 miles of the iconic John Muir Trail in the Eastern Sierra mountains of California, her home state.

In 2017, at the annual conference for the Society of Neurointerventional Surgery, Amy hiked the Seven Falls trail above the conference hotel in Colorado Springs, Colorado. The next morning, surrounded by colleagues, she suffered a large ischemic stroke that paralyzed her right side and left her with global aphasia (the most severe form of aphasia).

Once medically stable and planning for her recovery, one of the first goals she and her family gave the care team was “hiking.” More specifically, Amy wanted to once again do a favorite 1.5-mile section of the John Muir Trail -- ironically, a hike to Heart Lake.

Many thought it would never happen, but she started small. After four months of physical therapy, she “hiked” with quad cane assistance the 40-foot tiled path from the treatment room to nurses station – to rousing cheers and sporting a broad grin.

Then she went 1,000 feet through an airport. She retired her wheelchair. She traded her quad cane for a rubber-tipped trekking pole. Each of these was a significant small win, celebrated by Amy, her husband Dave Billingsley and all those around her.

A year after her stroke Amy returned to the trail. She faltered after an hour and a half and sat down in the middle of the trail, surrounded by dust and insects. But she was happy. They turned around and Amy started singing "It's such a good feeling to know you're alive" (a Mister Rogers song from childhood.) Dave called that “the grandest small win of our lives.”

Two weeks later, they walked a bit farther on the same trail (see photo) but still didn’t make it to the lake. It was on that journey that Amy and Dave realized the goal wasn’t getting to Heart Lake at all.  The real goal was hiking and experiencing “the good feeling of being alive.” A lot of small wins got her there.

Don’t get us wrong – this isn’t easy. As we wrote in Identity Theft: “Focusing on small wins is hard. And to do it all the time is impossible. I constantly find myself looking at the large gap of what I’ve lost, rather than the small next step forward I can take. This is OK. It’s inevitable, and we must give ourselves permission to be frustrated, imperfect and even to grieve.”

Like small wins themselves, allowing yourself to be human is a crucial part of the healing journey – which is as much emotional as it is physical.

In honor of American Stroke Month, is there a goal you might like to set for yourself in the coming weeks? Try making it a small one that might produce a small win that helps you along your recovery journey. 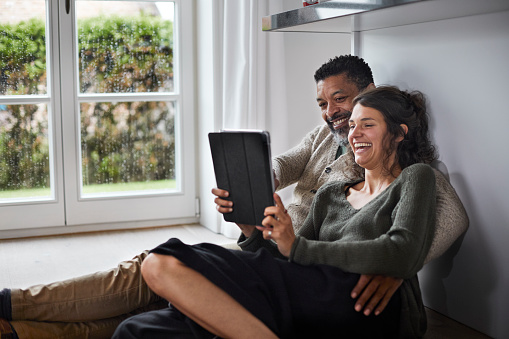