In April 2017, Omundson suffered a major stroke. Since then, he has been relentless about rehabilitation so he can return to his acting career. In his latest roles, he plays characters recovering from a stroke on “This is Us” and in “Psych 2: Lassie Come Home.” Omundson shares how he has continued rehab virtually during COVID-19. And Charbonneau discusses why rehab is important — even during a pandemic — and tips for finding safe, high-quality rehab options.

Podcast Participants
(in order of appearance)

Timothy Omundson is an actor known for his supporting roles as Sean Potter on the CBS television series “Judging Amy,” Eli on the syndicated series “Xena: Warrior Princess,” Carlton Lassiter in “Psych,” King Richard on the musical series “Galavant,” and Cain in “Supernatural.”

In late April 2017, Omundson suffered a major stroke. He spent weeks in the intensive care unit in Tampa and later moved to a rehab hospital back in Los Angeles for intensive physical therapy. He then moved to a residential living facility where he relearned independent living skills.

Carey Peña is an Emmy Award-winning news anchor, host, and investigative journalist. As founder and CEO of Inspired Media 360, she created her dream company at the intersection of tech and TV.

Peña strives to inspire people through the stories IM360 covers, the shows and content her company creates, and the charity events and other activities where she serves as master of ceremonies or volunteers her time.

Dr. Lisa Charbonneau was appointed chief medical officer of Encompass Health in June 2015. Prior to that, she served as medical director at New England Rehabilitation Hospital in Portland, Maine, for nearly 14 years.

Dr. Charbonneau received her doctor of osteopathic medicine from New York College of Osteopathic Medicine. She is board certified in physical medicine and rehabilitation by the American Board of Physical Medicine and Rehabilitation. 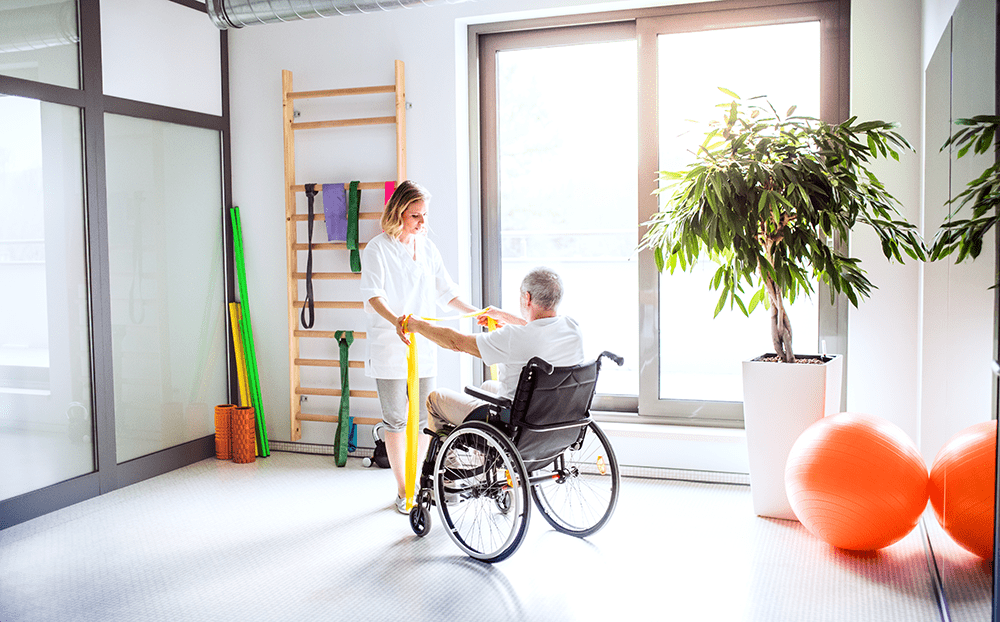