Getting a flu vaccine can reduce the risk of a common type of heart attack in people 60 and older, according to new research that suggests the virus plays a role in rupturing plaque.

In a study published Thursday in the Journal of the American Heart Association, researchers in Spain used data from five consecutive flu seasons and zeroed in on 8,240 people who had Type 1 heart attacks. They found flu and cold temperatures were each independently associated with an increased risk of that kind of heart attack, and flu shots could reduce that risk among people 60 and up.

García-Lledó said health experts usually aim for a 60%-70% flu vaccination rate for people over 60 as well as people with high-risk conditions and health care workers.

"Sadly, these targets are not met in Europe or the U.S. It's important to try to reach this target and, if possible, exceed it," he said. "Influenza is not a trivial disease. It causes many preventable deaths for reasons other than the respiratory disease itself."

A 2018 study found the risk of heart attack was six times higher within a week of confirmed flu infection. The findings were most pronounced for older adults and those experiencing their first heart attack. A study published last year of more than 80,000 U.S. adults hospitalized with flu over eight flu seasons found that sudden, serious heart complications were common and occurred in 1 in 8 patients.

The American College of Cardiology and American Heart Association have long recommended the flu vaccine to protect against cardiovascular disease complications. The Centers for Disease Control and Prevention recommends annual flu vaccination for everyone 6 months and older.

In late March, the CDC said weekly flu infections in the U.S. were "unusually low." But the agency cautioned that COVID-19 has made measuring flu cases more difficult, and it warned flu activity could rise in coming months.

While flu season typically peaks between December and February, it can last as late as May, which is why the CDC still urges people to get a flu shot this spring.

Dr. Daniel Muñoz said the new study in Madrid was limited by being done in a single metro area with a temperate climate.

"It would be interesting to see whether these data can be replicated across a diverse array of geographic locations," said Muñoz, an associate professor of cardiology at Vanderbilt University Medical Center in Nashville who was not involved in the research.

But he said it was "a smart, thoughtful study that shines further light on the notion that the flu is an infection that affects the whole body. It contributes to the growing body of evidence that flu vaccinations save lives."

The research also underscores the need for medical professionals "to think outside of our clinical comfort zone," Muñoz said.

"As cardiologists, we learn the traditional tried-and-true risk factors, like smoking, diabetes, high blood pressure and high cholesterol. But we also have to keep our eyes wide open about other risk factors. We have to ask our patients, 'Have you gotten your flu vaccination?' And when necessary, educate them about the benefits of getting one." 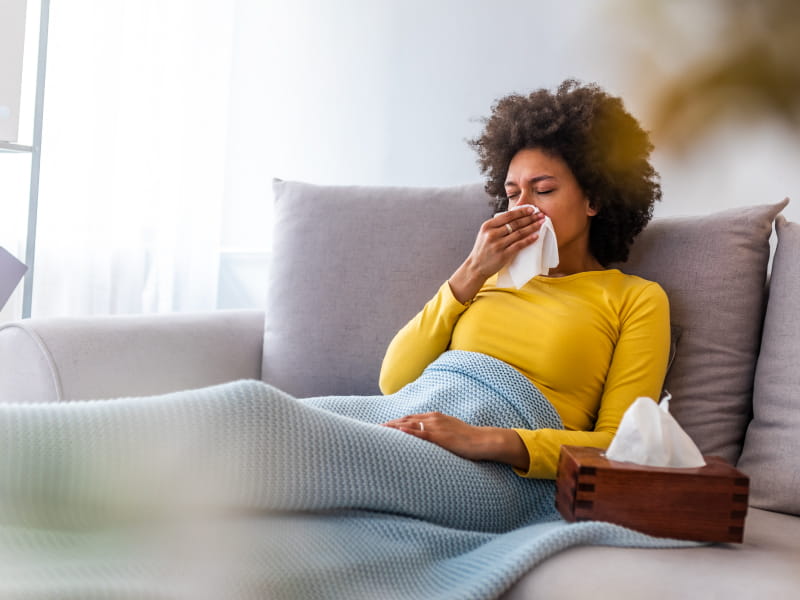