Michael Keeble was supposed to have a typical birth on April 30, 2018.

Michael was having seizures following delivery, so he was rushed to the Children's Hospital of Philadelphia, where he spent more than a week in intensive care. Michael had a stroke.

Since then, the gritty boy from Quakertown, Pennsylvania has fought hard to overcome the effects of his stroke, including seizures and permanent brain damage that caused weakness to the right side of his body.

Michael has endured various therapies to improve his motor skills. And though he likely will continue to struggle to use his right hand and fingers, he walks and eats independently.

As a testament to how he’s overcome obstacles, Michael was involved in extracurricular activities such as swim lessons and music class. He also loves playing outside, shoveling snow and going on walks.

His perseverance — and progress — has inspired many, including his mom and dad and especially his little brother, an infant botulism survivor. Besides playing a major role in helping Michael recover from his stroke, Jennifer and Brett Keeble raise awareness and funds for various efforts related to perinatal stroke, which usually occurs between the middle of pregnancy and one month of age.

Even the pandemic hasn’t halted the Keebles.

In May 2020, Brett ran 100 miles to educate people about and raise funds for pediatric stroke. They’ve raised money for and volunteered at the Children’s Hospital stroke camp. The couple also held their annual holiday toy drive for children at the hospital. 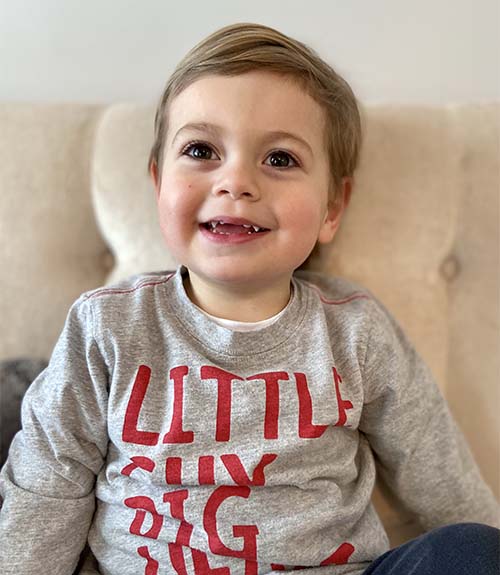