Cardiovascular disease kills someone every 43 seconds in the United States. Nampa resident, Angela Wolfkiel is one of the lucky ones. At age 48 she suffered a heart attack, but thankfully she went to the hospital to have her symptoms checked out which greatly increased her chances of survival. Angela’s cardiac journey started almost two years ago with what she thought was heartburn. She brushed it off and went about her busy day which included going to work at her full-time job at title agency NexTitle, dinner with family and friends and an evening visit to a neighbor for her part-time job as an independent consultant for Idaho-based fragrance and lifestyle brand Scentsy. While at her neighbors she began to feel worse so she cut her visit short and went to the hospital.

Doctor’s discovered that one of her arteries was deteriorating. She underwent surgery to have six stents put in to re-build it. After being released from the hospital three days later, Angela was under doctors’ orders to take a month off from her job at NexTitle to recover.

With her grown children out of the house and her husband at work, Angela found it difficult to suddenly have so much idle time. Fortunately, her involvement with the Scentsy community supported her well-being during her time off by keeping her boredom at bay and helping her to maintain a positive outlook.

Thanks to her quick thinking and cardiac rehab, Angela is with us today and feeling better than ever. Recently, she was honored to learn that her co-workers at NexTitle chose her to be their coach for the AHA Idaho Division’s 2019 Treasure Valley Heart Walk, an event her company participates in annually.

“My heart attack made me realize that tomorrow isn’t promised. It is important to prioritize your health, so you can live for today,” says Angela, “Go to your doctor regularly and if you are having chest pain call 9-1-1. Heart attack symptoms are different in women than men. Learn these so you know your risk.”

Today, Angela is also one of 90,000 Scentsy consultants who are fighting heart disease and stroke through the company’s “Warm the Heart” movement, part of the American Heart Association’s Life is Why We Give fundraising campaign. Sales from Scentsy’s “Share Your Heart” mini warmer will benefit the Association with $7 from each warmer going to help fight heart disease and stroke in the United States and Canada. Funds raised through Life is Why We Give campaigns are used to help train 2.5 million high school graduates each year in CPR, advance medical care through Get with the Guidelines quality programs, advocate for pulse oximetry screenings to test newborns for congenital heart defects and more.

To learn more about the Life Is Why We Give™ campaign and to find other participating companies, visit heart.org/lifeiswhywegive. 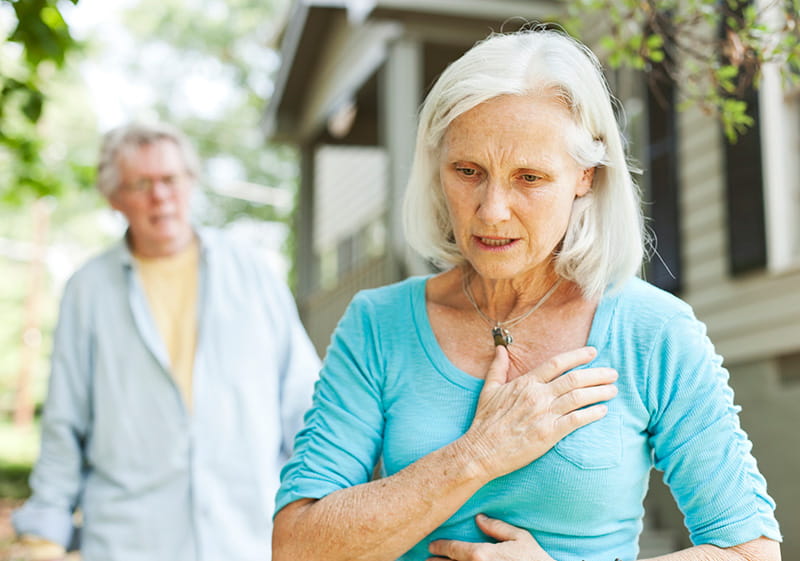