In the early 2000s, when I was Chief Operating Officer of the American Heart Association, I flew to New York for some meetings. I remember looking forward to the visit because I was going to meet a volunteer whom colleagues had been raving about, a neurologist-epidemiologist named Dr. Ralph Sacco.

I'd been told that Dr. Sacco was a brilliant scientist with a dynamic personality and a seemingly endless supply of great ideas. Looking back, that description was accurate – except the adjectives may not have been strong enough.

Ralph went on to become one of our organization's most prominent volunteers over the past 20 years. Most notably, he became the first neurologist to serve as our president, then served as editor-in-chief of our journal Stroke, the premier scientific journal for research in that field.

As the Chief Executive Officer of the AHA since 2008, I can say that Ralph's fingerprints are all over many of the major decisions we've made, particularly the acceleration of our investment into and emphasis on brain health.

But this story is not merely about Ralph, the scientist, or Ralph, the volunteer. It's about Ralph, my dear friend. Actually, once again, that's not a strong enough term.

Ralph was like a brother to me, so I write this as a sister mourning the loss of a loved one.

Dr. Ralph Sacco, a man who devoted his life to studying the brain, died Tuesday from an aggressive brain tumor. He was 65. I'm comforted by knowing that the end came the way he wanted: at his home, with his loving husband, Scott Dutcher, and his family by his side.

Ralph's death leaves a void in the lives of all who knew him and the organizations he so faithfully served.

In addition to the AHA, there's the American Academy of Neurology, which also was fortunate to have him as its president. Then there's his academic home, the University of Miami, where he was chairman of the department of neurology, executive director of the Evelyn F. McKnight Brain Institute and – stepping beyond his specialty – he led the Clinical and Translational Science Institute.

He'll also be missed at his previous academic home, Columbia University, where he started the Northern Manhattan Study (NOMAS) to learn more about why people from various races and ethnicities have strokes so scientists could learn how to prevent them. The study began in 1991 and is still running strong.

He had big ideas and put them into action in ways that improved and saved the lives of all people. Not just his patients, either. One of his great joys was mentoring young scientists, boosting their careers the same way icons of previous generations did for him. It's no coincidence that the second neurologist to serve as president of the AHA (Dr. Mitch Elkind) was Ralph's protégé.

The full story of Ralph's career is told elsewhere. Here, I want to give you a better sense of what made him so special.

Ralph was both extremely detail-oriented and extremely strategy-driven. That's an unusual combination; people who are strong in one of those areas are usually not as strong in the other. He liked to say it was because he was a Virgo. His birthday (Aug. 27) happened to be my wedding anniversary, one of those winks of fate that sealed our bond.

Most of all, Ralph was fun. Fun to talk to and fun to be around. He was a student of everything, and he delighted in sharing his knowledge in the best ways.

Work took us all over the world. No matter where we were, Ralph knew the best restaurants to visit and the best things on their menu. He knew the best sights to see and he was the best tour guide, particularly if it involved art, furniture or architecture. Whenever we found ourselves within driving distance of a building designed by Frank Lloyd Wright, he made sure I not only saw it, but that I understood its finest elements.

Then there's the dance floor. Whenever we were near one, folks lined up to be his partner. As I type this, I'm smiling at the memory of an AHA Heart Ball, where the socialites practically elbowed each other out of the way so they could accompany him next.

As president, Ralph didn't just look out for the stroke world. He was on top of every issue related to heart disease, too. His tenure (2010-11) came as the country was recovering from the economic meltdown. His knowledge and vision helped guide us through those murky financial waters.

When the COVID-19 pandemic hit, Ralph was among the people I leaned on for guidance and insight.

I especially leaned on him in 2014 when my sister had a stroke. This is perhaps when my family and I most benefited from his warmth, kindness and expertise. However, this wasn't just something he did for his closest friends. In the past few days, several others have told me about Ralph going above and beyond with medical guidance for their family members. And the thing I know for sure is that Ralph considered it an honor to be able to help anyone who reached out to him.

Ralph's birthday often came while we were in Europe for an international science meeting. One year, while in a country where English wasn't the first language, we ordered a cake with a simple decoration of icing that read "Happy birthday Ralph." Something got lost in translation. Because when it was time for dessert, out came a giant cake with "Ralph" spelled out in chocolate atop strawberries. With that, a tradition was born; many years that followed, I sent him a cake that simply read, "Ralph."

Everything changed in October 2021. What he thought was a lingering issue related to a case of COVID-19 turned out to be his brain tumor announcing its presence.

An operation removed it. As he recovered, I would tell him, "You are resilient, you are tenacious and you are going to beat this." We began signing cards and texts to each other this way: "Resilient 😊 Tenacious 😊"

Then things took a turn for the worse.

Since I opened this tribute with our first meeting, I'm going to close with our final visit.

Ralph was sitting in a chair, his body covered by a blanket. He'd lost the use of one arm and kept it under the blanket. He was already in hospice care. His mind, however, remained as sharp as ever.

We laughed, we cried, we remembered wonderful times.

We talked about the people who'd enriched and enhanced his life. He told me how much the AHA helped him grow as a leader; even in his dying days, he was still going out of his way to give others credit for his success.

We also talked business. We discussed things he wanted the AHA to do in the future, particularly in collaboration with the American Academy of Neurology.

When it was time for me to leave, he gave me one more.

Ralph reached out with his good hand, placed it on top of mine and said: "Nancy, I've had a good life. I've done everything I've wanted to do. I hope what's happened to me reminds people that you cannot take any day for granted."

I did my best to smile. As we said a goodbye that we both knew was our last, I limited myself to only a few tears. The full sobbing held off until I got to my car.

In the weeks since, I've thought a lot about our final conversation. Mostly about that final lesson, that final piece of advice from one of the wisest people I've had the pleasure of knowing.

I'm not sure when or how his final words to me will change my life. I just have a feeling that they will.

Dr. Ralph Sacco, the first neurologist to serve as president of the American Heart Association and American Stroke Association, died Jan. 17. Sacco, a distinguished AHA/ASA volunteer and a revered scientist, served as editor-in-chief of the journal Stroke in addition to other leadership roles. At the family's request, donations in his memory can be made to the AHA/ASA to The Ralph Sacco Memorial Fund for Brain Health. 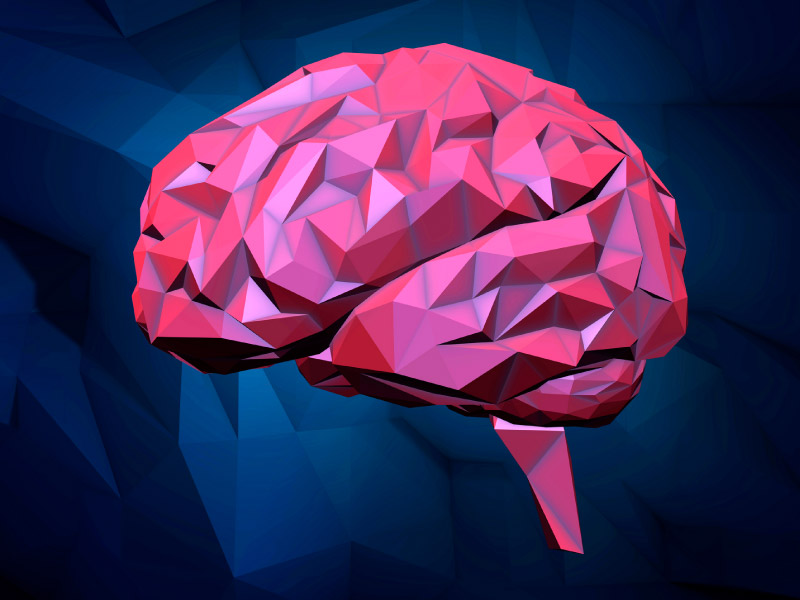