Losing weight is a popular New Year's resolution. But people often fail to keep this commitment or quickly gain back the pounds.

Instead of jumping on the latest fad diet, experts advise improving the nutritional quality of what goes into your body. A gradual shift to healthier eating is more likely to stick and can reap long-lasting rewards, such as better heart health and a lower risk of dying from heart disease or stroke.

"Rather than taking things out of your diet, I try to encourage people to think about adding things in that give them better nutrition," said Alexis Newman, a registered dietitian based in Philadelphia. "I stray away from the diet mentality because research shows dieting doesn't work."

Newman said she encourages her clients to add more fruits and vegetables to their diets, along with fiber from whole grains, such as brown rice, and plenty of water for hydration.

These foods are found in eating patterns such as the Mediterranean diet and Dietary Approaches to Stop Hypertension, or DASH diet. The American Heart Association recommended both in its 2021 scientific statement on dietary guidance. Both emphasize whole grains, plant-based or other healthy proteins from fish, seafood and lean meats, liquid plant oils and minimally processed foods. And they encourage minimal consumption of foods and beverages with added sugar and salt.

Research shows people who follow such heart-healthy eating patterns have a cardiovascular mortality rate up to 28% lower than those who don't.

Dr. Anne Thorndike, a member of the dietary guidance writing committee, said people can include healthier choices without giving up favorite foods or important family or cultural staples.

"If I tell you that you can never have something again, the only thing you're going to want is that thing," said Thorndike, director of the cardiac lifestyle program at Massachusetts General Hospital and an associate professor at Harvard Medical School in Boston.

"You don't have to give something up completely," she said, especially dishes that are part of special occasions. "Enjoy it once and be done with it. Don't eat the leftovers for five days in a row."

And don't think eating healthier has to mean giving up taste, she said. "You should never eat things you don't like. It's not worth the extra calories. If a cracker tastes like cardboard, don't choose that cracker."

Look for variety, Thorndike said, and don't be afraid to try new things.

"I have patients who say, 'I like bananas,' and they eat bananas every day," she said. "Try an apple, an orange, some grapes. And don't forget the vegetables. They are a key component. Choose a variety of colors – green, orange, yellow, red."

How foods are prepared also matters.

"If you're a person used to eating fried foods, try to add in one or two not-fried meals during the week," Newman said.

Fish and chicken can be baked or sauteed instead of fried, for example. Thorndike suggests cooking with olive or other plant-based oils, rather than butter or tropical oils.

She also advises staying away from processed foods such as white bread or packaged rice with flavor packets that include sodium, which can contribute to high blood pressure. But if that's what's available, she said, replace the flavor packet with other seasonings such as garlic, cumin or pepper. "There are a lot of off-the-shelf spice mixes that don't have sodium in them that can add a lot of flavor," Thorndike said.

If frozen meals are needed to make ends meet, Newman suggests choosing those that come with a fruit or vegetable.

Both Newman and Thorndike take a "big picture" approach to healthy eating, suggesting people focus on making as many healthy choices as possible. The goal, they said, is to make gradual changes that become part of a healthier eating pattern they can maintain.

"We're not talking about something you're doing for a few weeks," Thorndike said. "This is for the rest of your life." 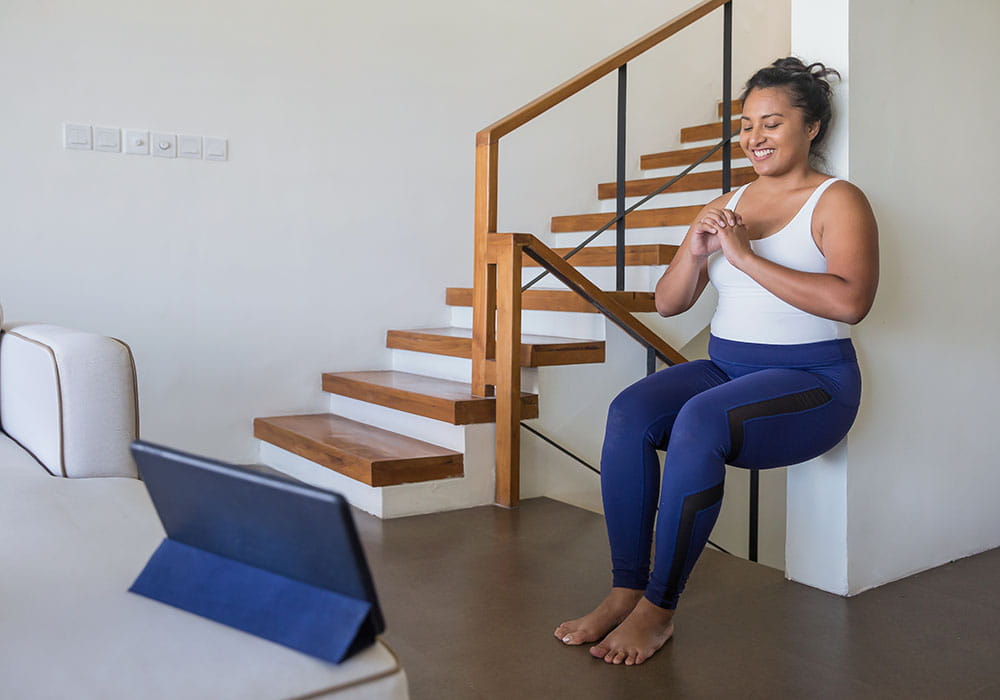 Want a short-term New Year's resolution you may be able to keep? Try Dry January.