Social isolation and loneliness may increase the risk of having or dying from a heart attack or stroke, according to a new report summarizing research on the topic.

The scientific statement from the American Heart Association highlights the need for more data on strategies to improve cardiovascular health for people who are socially isolated or lonely, as well as more robust evidence showing how these experiences affect brain health.

"Over four decades of research has clearly demonstrated that social isolation and loneliness are both associated with adverse health outcomes," Dr. Crystal Wiley Cené said in a news release. She is chair of the writing group for the scientific statement, published Thursday in the Journal of the American Heart Association.

"Given the prevalence of social disconnectedness across the U.S., the public health impact is quite significant," said Cené, a professor of clinical medicine and chief administrative officer for health equity, diversity and inclusion at the University of California San Diego Health.

Social isolation is defined as having relatively few in-person social contacts, whereas loneliness occurs when people perceive themselves as isolated, causing them to feel distressed.

"Although social isolation and feeling lonely are related, they are not the same thing," Cené said. "Individuals can lead a relatively isolated life and not feel lonely, and conversely, people with many social contacts may still experience loneliness."

The new report cites a 2018 survey by the Kaiser Family Foundation that found more than 1 in 5 U.S. adults said they often or always felt lonely or socially isolated. While life changes such as losing a spouse or retiring can result in fewer social connections and interactions for older people, another survey cited in the report said it's young adults ages 18 to 22 who are now considered the loneliest generation, spending more time on social media and less engaged in in-person activities than previous generations.

Data suggests the COVID-19 pandemic has made things worse, especially for young adults.

Social isolation and loneliness are under-recognized determinants of cardiovascular and brain health, the report found.

"There is strong evidence linking social isolation and loneliness with increased risk of worse heart and brain health in general," Cené said. "However, the data on the association with certain outcomes, such as heart failure, dementia and cognitive impairment, is sparse."

"Social isolation and loneliness are also associated with worse prognosis in individuals who already have coronary heart disease or stroke," Cené said. That includes an increased risk of recurrent stroke and mortality, the statement said.

The report also found a two-way relationship between social isolation and mental health risk factors. Those who were socially isolated were more likely to experience depression, and those with depression were more likely to be socially isolated. However, evidence of a link between social isolation, loneliness and cognitive impairment or dementia was sparse or mixed.

People who are socially isolated or lonely may engage in behaviors that further harm heart and brain health, such as eating fewer fruits and vegetables, not getting enough physical activity and being too sedentary, according to the statement. Several large studies found an association between loneliness and a higher likelihood of smoking.

Socio-environmental factors also likely play a role, the statement found. Factors such as transportation, living arrangements and dissatisfaction with family relationships, along with the pandemic and natural disasters, can contribute to how socially isolated or connected people are.

Studies show fitness programs and recreational activities at senior centers, along with programs that combat negative thinking, can help reduce social isolation and loneliness, the statement notes. The writing group called for more research into how such interventions could help.

"Clinicians should ask patients about the frequency of their social activity and whether they are satisfied with their level of interactions with friends and family," Cené said. "They should then be prepared to refer people who are socially isolated or lonely – especially those with a history of heart disease or stroke – to community resources to help them connect with others." 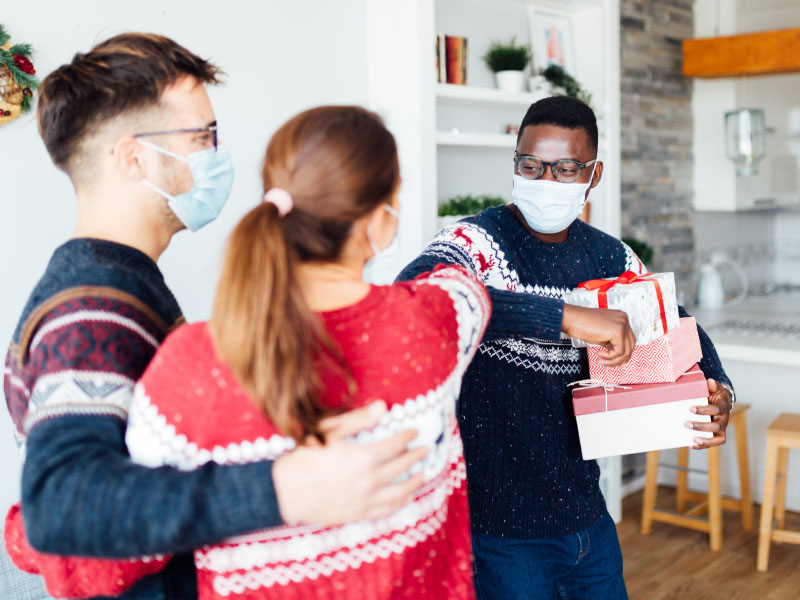 The pandemic made it hard to stay connected. Here's how to reestablish healthy relationships.