Justin Ballard of Prairie Grove, Arkansas, stared at the photos in disbelief.

"Do I really look that big?" he thought.

The pictures came from a joyous occasion – Christmas Day 2019, when Kelsey, the oldest of his three children, had gotten engaged.

The couple set a wedding date in October 2021. Justin vowed to be in much better shape by then.

He'd usually drop about 25 pounds in the spring and summer simply by playing softball and keeping busy in his yard, but he struggled to keep it off. Working a stressful desk job, he fueled himself with sodas and junk food. Lunches often came from drive-thru windows.

His weight also had caused health problems. Since 2015, he'd been on and off medication to control his blood pressure. He was in one of his "on" cycles.

In January 2020, Justin kickstarted his makeover by checking in with his doctor.

Stepping on a scale for the first time in months, he weighed 285 – his highest number ever.

In that moment, Justin, who was then 44, quit sodas and fast food. He started making healthy lunches and bringing them to work.

He began an evening walking routine. Within two weeks, he was logging 3 miles a day.

That summer, he and his wife, Michele, discovered kayak fishing. They began spending most of every weekend on the water.

At a follow-up appointment in August, Justin got on the scale. That led to him sending a photo of himself to his family with a caption that read, "Guess who weighs 225 pounds? This guy."

"I felt great, I looked great," he said. "I was a new person and loved every minute of it."

In January 2021, after adding on a few holiday pounds and feeling flabby, he decided to hit the gym.

By May, Justin needed a break. He cut in half his hours at the second job. Sure enough, he started to feel more energetic.

A few weeks into the new routine, Justin was finishing a shift at his second job when he started to feel what he thought was indigestion.

He clocked out and headed home.

On the highway, Justin couldn't stop sweating, even with the air conditioning blasting. He felt short of breath and nauseous.

"Something doesn't feel right," he told her.

She heard the fear in his voice.

Kelsey lived nearby, so Michele called her.

Kelsey called her father, who had stopped at a parking lot just off an exit. He sounded scared and in pain.

She hung up and called 911, then called her father right back.

By now, his chest was hurting, his breathing was even shallower and his left arm was numb.

Suddenly he was surrounded by paramedics. In an ambulance, an EMT said, "Sir, you are having a massive heart attack."

"You can't let me die!" he said. "My daughter is getting married in October. I have to walk her down the aisle!"

Justin woke up in the emergency room, with Michele by his side.

A cardiac catheterization found a 100% blockage in his left anterior descending artery. Doctors inserted a stent to restore blood flow.

Justin said doctors believe his family history was a major cause of his heart attack. His mother had two heart attacks in her 60s, each requiring a stent to clear a blocked artery.

Doctors also said his current level of fitness is what likely kept him alive.

After the heart attack, Justin felt moody and sad. He also was afraid of stressing his heart.

"I was scared to do anything," he said. "I didn't want to go to sleep because I was afraid I wouldn't wake up."

His doctor recommended cardiac rehab. It did the trick.

"The two nurses were amazing," he said. "They helped me deal with what they called the cardiac blues. And being hooked up to a monitor helped me trust my heart."

Michele had been so worried about Justin's physical health that she hadn't considered the mental recovery.

"The doctors don't always tell you about that part," she said.

She's seen a profound difference since the rehab program.

"He doesn't worry about little things as much as he used to," she said.

On Oct. 2, 2021, with his heart fixed and his weight more under control, Justin put on a suit for the day he'd long been targeting – Kelsey's wedding.

He kept his composure while walking her down the aisle. And at the start of the reception. But then, "while we were dancing, she said, 'Dad, I'm so glad you're here,' and laid her head on my shoulder," Justin said. "I just bawled like a baby." 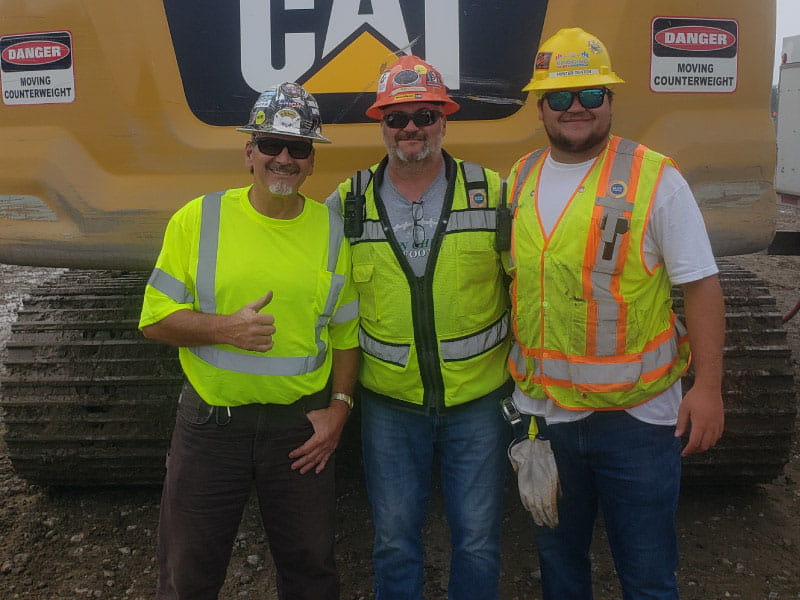 An undetected heart attack led to an urgent triple bypass