Looking back on a year since most people in the United States became eligible for a COVID-19 vaccine, medical experts can celebrate a technological triumph while acknowledging unresolved challenges.

Looking ahead, they see the same: Exciting technological potential, with obstacles that will require work beyond the lab.

From a scientific standpoint, vaccines are poised to keep winning the fight against SARS-CoV-2, the virus that causes COVID-19, said Dr. John Cooke, professor and chair of the department of cardiovascular sciences at Houston Methodist Research Institute. "I think that we have got it on the run."

The Food and Drug Administration authorized the first vaccine for emergency use in the U.S. for people 16 and up on Dec. 11, 2020. But eligibility varied by state, and the federal government directed all states to make it available by April 19, 2021. By June, vaccination had prevented more than 14 million COVID-19 cases, about 1.1 million hospitalizations and 240,797 deaths, according to a study published in January in JAMA Network Open.

Most people in the U.S. received vaccines by Pfizer and Moderna, which used what's known as messenger RNA, or mRNA, to teach the body's immune system to recognize the virus. (A small percentage of people received Johnson & Johnson's vaccine, which uses a different technology.) The FDA granted full approval of the Pfizer vaccine last August for ages 16 and older. Approval of Moderna's vaccine followed in January for ages 18 and older.

"It was a technology that was getting ready to blossom," said Cooke, who also is medical director at Houston Methodist's Center for RNA Therapeutics. Although mRNA treatments had been in development for decades and had been tested in clinical trials for cancer and rabies, the COVID-19 vaccine marked the technology's first widespread use.

The speed with which successful mRNA vaccines were developed shows just one reason to be excited about the future, Cooke said. "It was incredible."

Just two weeks after Chinese scientists published the DNA sequence of the coronavirus in mid-January 2020, Moderna had an mRNA-based vaccine ready to manufacture. Within two months, it was ready to be tested in people. Cooke, whose center works on ways to help small developers bring RNA-based treatments to market, likens mRNA to biological software that can be adapted quickly. "You can simply write the code for the therapeutic protein that you need. And that therapeutic protein might be a vaccine for an infectious disease; it might be a vaccine for cancer."

That speed might be essential in the fight against a virus that already has mutated several times and is certain to keep evolving. Cooke said future vaccines will be able to adapt quickly, too. Although people might need an annual COVID-19 vaccine, the way they do with influenza, "we've got some tools now to defeat any evolutions of the virus as those occur."

Developers are using many approaches to develop next-generation COVID-19 vaccines, including some that might be taken by mouth. But vaccines' future success will be about more than novel technologies, said Maria Elena Bottazzi, co-director of the Texas Children's Hospital Center for Vaccine Development at Baylor College of Medicine in Houston.

Bottazzi helped develop a vaccine that uses harmless pieces of SARS-CoV-2's infamous spike protein to trigger the immune system. The technology behind such protein subunit vaccines is well-established.

The vaccine has been given emergency use authorization in India, where it's known as Corbevax. Bottazzi said it is inexpensive and easy to store, and its creators are sharing it, patent-free, with the hope of spreading around not only manufacturing, but innovation.

For Bottazzi, the future of vaccination will involve mixing science and diplomacy to make sure everyone can have access and be protected. Otherwise, COVID-19 runs the risk of becoming "the next neglected disease of poverty," she said. Given how easily the coronavirus spreads, she added, it is in everyone's interest to make sure that doesn't happen.

She said supply can be increased by having manufacturers and research teams with "cultural intelligence" who understand local needs. That combination can help build trust and combat misinformation, which has been a barrier to vaccine use. People won't use a vaccine they don't understand, Bottazzi said. "Our products have to be appropriate, and they have to be accepted."

Cooke said it's hard to predict the path misinformation will take, but he's interested in the idea of "pre-bunking," which involves putting out facts first instead of waiting to debunk myths. "The idea is to get out in front," he said.

He and Bottazzi both see a future where sharing of ideas leads to better health all around. Bottazzi said ideas between wealthy and less-wealthy countries should flow both ways. "Science has to be open," she said. "Science needs to be shared." And collaborative efforts will help build blueprints to fight the next pandemic.

For Cooke, whose program seeks to offer an assembly line for small academic groups or companies to test and manufacture RNA-based treatments, the future feels like Silicon Valley in the 1970s. "It's going to change medicine," he said. "It's revolutionary."

Such science helped lead the way with COVID-19 vaccines, and thanks to them, "we have a path forward" beyond the pandemic, he said. "We have broken through to the other side." The pandemic's ripple effects on health have begun. What can we do now? Amid a national mental health crisis for kids, here's how parents can help 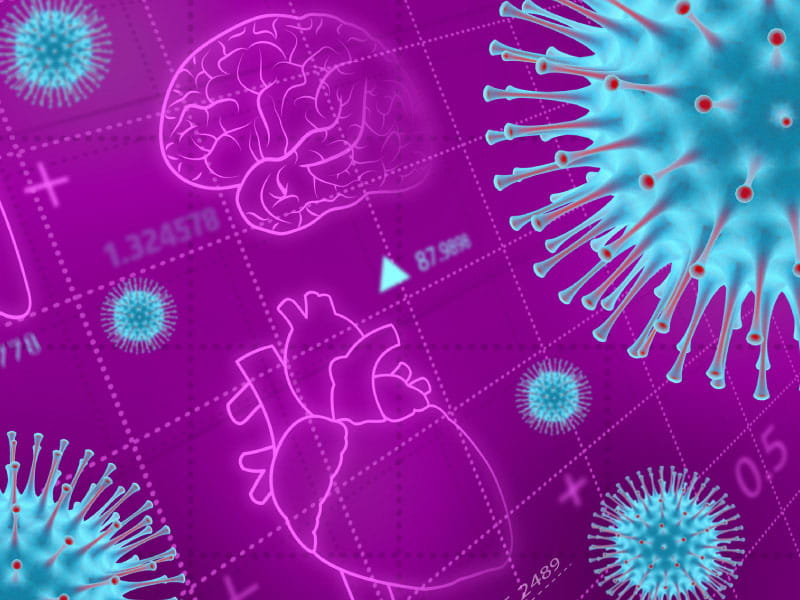 After COVID-19, experts say watch for these potential heart and brain problems