In his decades as an actor, Jason Gray-Stanford has appeared in a few medical dramas, often as a patient. And in his best-known role, as Lt. Randy Disher on "Monk," he faced all kinds of cases that defied easy explanation.

But the real-life drama of getting so sick that he needed a heart transplant was nothing like what he experienced in Hollywood.

"None of it prepared me for any of this," he said from his home in Los Angeles. "And I say that with a smile on my face. But inside, a little bit of me is churning."

"This" is the story of a healthy, amiable guy who developed heart failure, was saved by the grace of a stranger, then endured a grueling recovery. To get through, he needed grit, luck and a lot of great medical care.

Keeping fit had always been a priority for Gray-Stanford. As a high schooler in Vancouver, Canada, he had his heart set on playing sports. But one day, he wandered into his school's drama department and thought it looked like an easy elective. "I'll just go in there and maybe meet some girls perhaps," he thought. "And the next thing I knew, I fell in love with it."

He entered showbiz just as the Vancouver film scene was blossoming. A role in the hockey film "Mystery, Alaska" led to one in "A Beautiful Mind." Eventually, he found himself auditioning for a guest role on a new series about a neurotic detective.

He didn't get that part – but he became Randy Disher, and "Monk" became a hit.

Gray-Stanford describes Randy as earnest, hapless and an all-around good guy. He and Randy share a few traits, he said, but he considers himself "much more analytical."

After the show ended its eight-season run in 2009, Gray-Stanford worked steadily. But in late 2017, when he was 47, the first signs of trouble emerged.

"I'm a very fit, very active guy, always in the gym," he said. "That's kind of my therapy." And in a spin class, he saw his performance slipping.

He wrote it off until early 2018, when he traveled to a shoot in Vancouver, Canada. His usual post-flight workout left him feeling exhausted, achy and "a little flu-ish."

On the final day of that shoot, he was short of breath. His chest felt thick and heavy.

A doctor did an electrocardiogram and told him, "Your heart is all over the place. You're in some crazy arrhythmia right now."

A trip to the emergency room and a week of tests followed. Doctors told him his heart's ejection fraction – a measure of how effectively the heart pushes blood out to the body – was only 30%. A normal reading is 50% to 70%.

"And they basically came in shortly thereafter and said, 'You have heart failure,'" Gray-Stanford said.

On the outside, he wasn't freaking out. "But on the inside, I was just in incredible denial. I could not believe that this was happening to me."

Cardiomyopathies are diseases of the heart muscle that cause the heart to enlarge and become unable to properly pump blood. That's heart failure.

The term "idiopathic," he said, "basically means, 'We don't know how this happened.'"

About half the time, people with dilated cardiomyopathy have a family history of the problem, according to American Heart Association statistics. Gray-Stanford did not.

Dr. Jamil Bashir, head of cardiac surgery at St. Paul's Hospital in Vancouver, treated the actor. He said that as with many severe diseases, both environment and genetics play a role. With dilated cardiomyopathy, it's "become clearer and clearer that it is in some way related to viruses."

Usually, a virus that affects the heart does little damage. But sometimes, Bashir said, even young, healthy people with no other apparent triggers fall ill.

The diagnosis shocked Gray-Stanford, who always thought of heart disease as something people caused themselves through bad habits. That wasn't him. "I had a healthy diet. I exercised. I did all the right things. Yet here I am."

Heart failure can be treated with medication, and initially, that worked. Soon, Gray-Stanford was back at the gym, "pretty much doing everything I did." Things looked stable.

He was exercising. "Spin class started," he remembers. "And 15 minutes later, I woke up on the floor."

Ambulances and paramedics came as onlookers gawked. Doctors suspect his heart had been racing out of control, a condition called ventricular tachycardia.

After that, in early 2020, doctors implanted a pacemaker to help his heart maintain a steady rhythm, as well as a defibrillator to shock it if it started racing dangerously.

With the COVID-19 pandemic erupting, he found himself back in the hospital a few weeks later. Now, the problem wasn't just his heart, which had an ejection fraction in the 20s. Starved of blood, his liver and kidneys struggled.

"This was a slope that was only going one way, and it was going down," Gray-Stanford said. But he kept trying to stay positive and fought what doctors were telling him: He probably would need a heart transplant.

His denial hid a deep-seated fear. "Some people are scared of heights and snakes and spiders or guns or whatever," he said. "My fear was of being an invalid or losing my health."

In early November, he was back at St. Paul's Hospital. "We thought it would be like before, where he was treated, he would come back out, and everything would be fine again," said his mom. "But this time, it wasn't fine."

Gray-Stanford recalls the cardiology team gathering at his bed and saying, "You have two alternatives here. First one is, we need to start getting you ready for heart transplant," which would require a battery of tests, fast.

"And your other alternative is death."

His heart's ejection fraction was in the teens now. Still, he resisted.

"Stupidly, I said, 'Let me think about it.'" But faced with the fact that the powerful drugs he was on were not doing the job, he came around.

A heart was soon available. And not just any heart – a young, healthy heart that was a near-perfect match.

He doesn't know the donor or the circumstances. But the next morning, it was time to operate.

His mom saw him off. "I'll tell you, there's nothing more humbling and scary than walking your son down to the operating room to have a heart transplant."

Bashir did the surgery. Gray-Stanford's heart was black. Without the donor, he would have been dead within weeks.

His mother soon got the news that the operation worked. "The heart fit perfectly," Stanford said. "And it started to beat right away. And I was beside myself. I had tears coming down my face."

When Gray-Stanford woke up, his breathing tubes had already been removed.

"I took the deepest breath," he recalled, something he hadn't been able to do for months. "And I took it without even thinking about it. And then I thought, 'Wow, this is amazing. This is how you feel when you actually have a working heart in you.'"

Eight days after the transplant, he was sent home with his mom to recover.

In a movie script, the next scene might be a dissolve to a healthy, fully recovered actor back on set.

"There's a huge amount of physical pain," he said, stemming from having your chest cracked open. When you have an eight-inch incision in your chest, coughing and sneezing are frightening.

His body had atrophied. Simply standing was a challenge. Pills that helped keep him alive also made him throw up and left him too weary to get out of bed.

His mother and younger sister, Jacquie Stanford ­– who took a three-month leave from her job – cared for him. It was frightening at times, his mom said, as they grappled with medications, tried to help him eat and debated which pains warranted a call to 911.

There were a lot of all-night vigils, Donna said. "We watched a lot of James Bond movies."

But "we plugged along, moment by moment," his mom said. "And as he got better, we got more encouraged."

And he did get better.

"I say with incredible gratitude and with full confidence that I'm back," Gray-Stanford said.

Bashir said Gray-Stanford has a good shot at living a normal lifespan. It helps, Bashir said, that he's hard-working and compliant. "He's an outstanding patient. Great guy. So easy to deal with."

Gratitude has led Gray-Stanford to tell his story now.

First, he wants people to know the importance of organ donation. He wouldn't be here without another family being "selfless, and so generous."

He also wants transplant patients to know they can do it.

For him, keeping a positive attitude and a sense of humor are the keys. During recovery, he'd think of his days as being like a football game. If things started poorly, that was like a bad first quarter. "Once that one's done, you get the next quarter, to see how that one goes." At the end of the day, if you have three good quarters and one bad one, "that's a good day."

He agrees with his alter ego Randy, who believed happiness was a choice. Reflecting on that, Gray-Stanford acknowledged, "I guess Randy and I are a little more alike than I thought."

Donna is just thankful for the Hollywood ending to her son's drama. 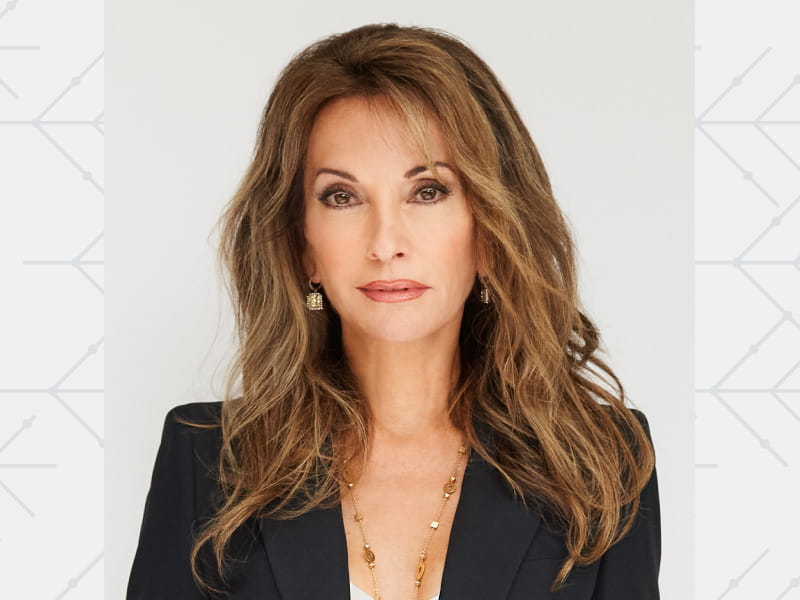 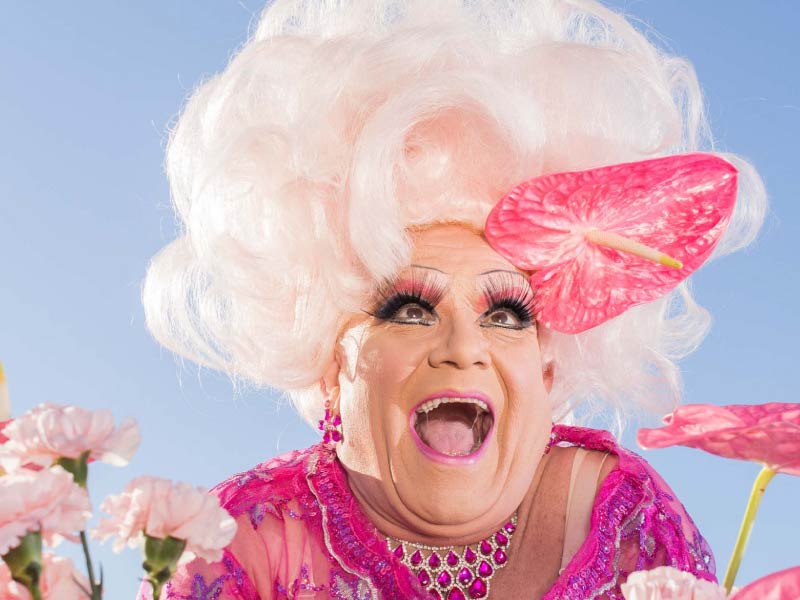