It's long been known that smoking greatly raises the risk for heart disease and stroke. But new research suggests the first sign a smoker is developing cardiovascular problems also may be the last.

The study, published Wednesday in the Journal of the American Heart Association, found smokers were more likely than nonsmokers to have a heart attack or stroke in middle age with no prior indication they had cardiovascular disease – sometimes with fatal consequences. Smokers also developed cardiovascular disease up to five years earlier than nonsmokers, which led to a significantly shorter lifespan, the research showed.

"There is often more awareness and concern about cancer as a result of smoking than heart disease, so we wanted to better define the risks of smoking related to different types of cardiovascular disease and, most importantly, to cardiovascular death," lead study author Dr. Sadiya S. Khan said in a news release. Khan is an assistant professor of medicine in the division of cardiology at Northwestern University's Feinberg School of Medicine in Chicago.

"In our analysis, even after adjusting for deaths not related to the heart, such as due to lung cancer, we found that fatal or non-fatal events related to cardiovascular disease are more likely to occur among people who smoke," she said.

More than 34 million U.S. adults smoke cigarettes, despite decades of research showing smoking takes years off a person's life by greatly raising the risk for a wide range of illnesses, including heart disease, stroke and many cancers. More than 480,000 U.S. adults die from smoking-related cardiovascular disease each year, according to AHA statistics.

This study analyzed health data from 1948 to 2017 for 106,165 adults from nine studies of cardiovascular disease. Participants – half men and half women – ranged in age from 20 to 79 and had no signs of cardiovascular disease at the beginning of the study period. Researchers looked at the impact of smoking on a person's long-term risk for developing a wide range of cardiovascular problems, including fatal and non-fatal coronary heart disease, stroke, congestive heart failure and other heart-related causes of death.

The biggest gaps between smokers' and nonsmokers' risk for cardiovascular disease – especially of dying from a first-time event – occurred in middle age. Men and women ages 40-59 who smoked had about a 10% higher risk of developing some type of cardiovascular disease than those who didn't smoke. Men in this age group who smoked were 1.5 times more likely to die from that first-time event and women who smoked were nearly twice as likely to do so compared to their nonsmoking peers.

Among younger adults – those under 40 – researchers found the risk for developing cardiovascular disease began increasing earlier in men who smoked than in women. For those men, that risk began to grow after 10 years of follow-up, compared to 20 years into follow-up for women.

"People who smoke may not realize the harm cigarettes are causing their body until it's too late," Khan said. "Another notable finding among people who smoked was the early onset of CVD, and among those who developed CVD, how much younger they were. There's not a lot of research on young adults who smoke, particularly among young men. Our study adds important perspective."

The findings show the cumulative harm smoking does to a person's heart health over a lifetime – kick-starting the development of cardiovascular disease at an earlier age, adding increased risk for fatal events in middle age and persisting into a person's 80s, the researchers said. They recommended all people who smoke speak with a health care provider to find the best way to quit to protect their health.

"Smoking cessation is very challenging, and reaching out to your doctor or other health care professionals for support and resources is important – the sooner the better," Khan said. Staying quit: How to stop smoking for good Gap seen in smoking rates after stroke versus cancer 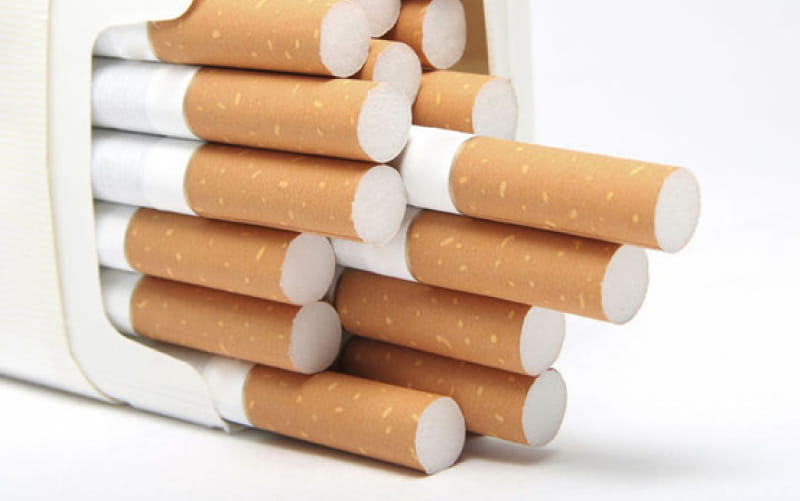