Dr. Robert Zarr loves to write prescriptions that you don't have to take to the pharmacy.

Instead, he sends patients outside to soak in the healing powers of nature, combining the benefits of exercise with the therapeutic effects of fresh air and green space.

"Going back millions of years, we've evolved outdoors," said Zarr, a pediatrician who recently relocated to Ottawa, Canada, from Washington, D.C. "Why should we exist indoors? We need to be outdoors. The health benefits of being in nature are obvious."

The idea isn't new. The 16th century Swiss physician Paracelsus declared that "the art of healing comes from nature, not from the physician." In Japan, public health experts promote shinrin-yoku, or forest bathing, as a key to physical and psychological health.

The premise is backed up with science. A 2018 meta-analysis in the journal Environmental Research reviewed more than 140 studies and found exposure to green space was associated with wide-ranging health benefits, including lower blood pressure and cholesterol, and lower rates of diabetes, stroke, asthma, heart disease and overall death.

In a 2020 study in Frontiers in Psychology, researchers analyzed 14 studies involving college students and concluded that as little as 10 minutes of sitting or walking in natural settings reduced stress and improved mental health.

"There's an increasing amount of evidence that time in nature as opposed to time in an indoor environment is beneficial," said Donald Rakow, associate professor at Cornell University's School of Integrative Plant Science in Ithaca, New York, and one of the 2020 study's authors. "Being out in nature is not going to solve every mental or physical condition, but it really can be part of an overall treatment approach."

The Environmental Research analysis called for more studies to establish why nature promotes better health, but suggested several possibilities, including the benefits of sunlight, the idea that microorganisms in nature can strengthen our immune systems and the mere fact that being outside encourages physical activity.

Zarr didn't need more convincing. What he wanted was a way to get doctors and their patients to take the health benefits of nature more seriously. So in 2017 he founded Park Rx America, a nonprofit that encourages health care professionals to incorporate nature into their treatment plans.

"Prescribing nature is not part of our training," he said. "And then the environment we work in is often so sterile. Doctors don't get much time outdoors during the day, so maybe it's not on our minds."

Why an actual prescription?

"It does make a difference," Zarr said. "The likelihood of doing what you intend to do goes up when you write it down. And the Rx symbol is universal. It's an easy way for people to relate."

Park Rx America has signed up more than 1,000 health care providers and partnered with other organizations to promote the strategy. Its website provides a prescription template, but one size doesn't fit all.

Rather than assign an activity and a location, Zarr and his colleagues ask patients what they can do and like to do, whether it's sitting on a bench or running a marathon, before writing it up.

"If they say, 'I see myself eating lunch outside,' I say, 'OK, let's start there,'" he said. "It might be the only time they breathe fresh air. Over time we'll change the prescription."

At Cornell, where academic rigor leads to stress, the health clinic encourages students to spend more time outside and incorporate nature prescriptions into their electronic health records.

"It really makes a difference," said Rakow, who co-directs a network of more than two dozen colleges around the country implementing similar programs. "Whether it's an antibiotic or nature, people are much more inclined to follow up when they know that their health professional has prescribed it."

Both experts are confident the trend is growing and that the bad effects of COVID-19 – more time indoors, anxiety, weight gain, to name a few – underscore the need and the desire to get outside.

"The pandemic really firmed up my opinions on this," Zarr said. "It's put a strain on everyone. We need to get out of the virtual world and go outdoors."

Rakow hopes for an awakening similar to what he saw during the years he directed the Cornell Botanic Gardens.

"Each year at the reunions, alumni would visit and ask, 'When did they build this?'" he said. "I would tell them, 'It's always been here.'" 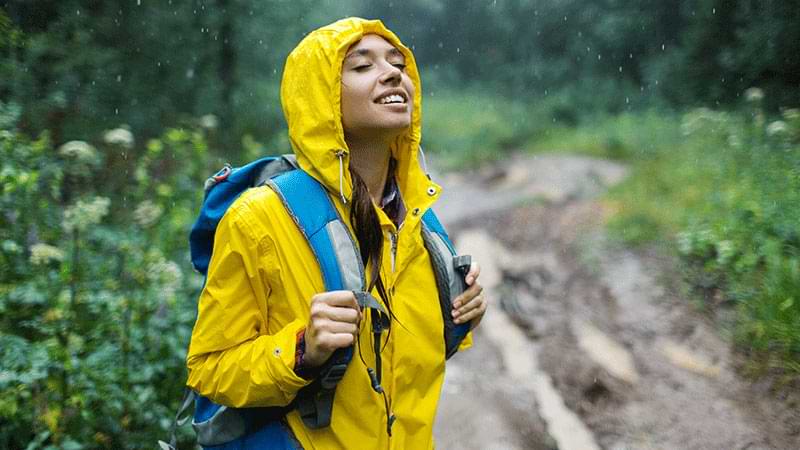