Hearts donated by people who used illicit drugs can be safely transplanted, even if the donor died of a drug overdose, new research shows. A second, unrelated study found using these hearts – once considered too risky – could greatly widen the pool of donors and cut wait times for people in need of transplants.

The two new studies support previous research finding "no downside" to transplanting hearts from people who had used illicit drugs, Dr. Howard Eisen said in a news release. Eisen, who was not involved in either study, is a cardiologist at Penn State Health in Hershey, Pennsylvania.

"These findings should encourage institutions who are not routinely using hearts from drug users to do so," he said. "It will reduce the waiting time and the number of deaths among people on the heart transplant waitlist."

Heart transplants are in high demand in the U.S., where there were 3,661 people on a waiting list as of March 2020. In 2019, the United States recorded its highest number of heart transplants – 3,552, according to American Heart Association statistics.

The rise in U.S. drug overdose deaths has increased the availability of potential hearts for donation, but many have gone unused because of concerns that the donor's illicit drug use could harm the recipient's chances of survival, Dr. David Baran, lead author of the first study, said in the release. Baran is system director for advanced heart failure and transplantation at Sentara Heart Hospital in Norfolk, Virginia.

Baran's study, published Wednesday in the AHA's journal, Circulation: Heart Failure, found no difference in survival rates between heart transplant recipients whose donors had used illicit drugs and those whose donors had not, even if the donor had tested positive for the use of five or more different types of drugs.

"We thought that illicit drugs like cocaine or methamphetamine, which can lead to heart attacks, would prove to be dangerous," Baran said. "However, we were wrong. We should not reject a heart from a donor just because they used one or more illicit drugs."

Baran's study of more than 23,000 adults who received transplants nationwide from 2007 to 2017 was the largest to examine illicit drug use in transplant donors, and the only analysis to examine the toxicology data of donors obtained at hospital admission. It included data on donors testing positive for use of opioids, cocaine, methamphetamine, alcohol, marijuana, barbiturates, amphetamines, phencyclidine (PCP) and other drugs. Alcohol use appeared to decline over this time period, while the use of all other drugs increased, the researchers noted.

Another study, published Wednesday in the Journal of the American Heart Association, suggests accepting hearts from donors who died of a drug overdose or who had hepatitis C could shorten transplant waits.

Hepatitis C is a viral liver infection that spreads through contact with contaminated blood, such as from shared needles; from mother to infant during pregnancy and delivery; or from an organ transplant from someone infected with hepatitis C. New direct-acting antiviral medications have made it easier to treat hepatitis C, increasing the availability of organs donated by people who had this infection.

"We hope that patients who are awaiting transplants are encouraged to accept hearts from donors who had hepatitis C or who died due to a drug overdose, if their health care team finds the donor heart to be an appropriate match," senior study author Dr. Ravi Dhingra said in the release. Dhingra is medical director of the heart failure and transplant program and associate professor of medicine at the University of Wisconsin-Madison.

"About 20% of patients on the heart transplant waiting list die while waiting to receive a transplant or become too sick to remain good transplant candidates," Dhingra said. 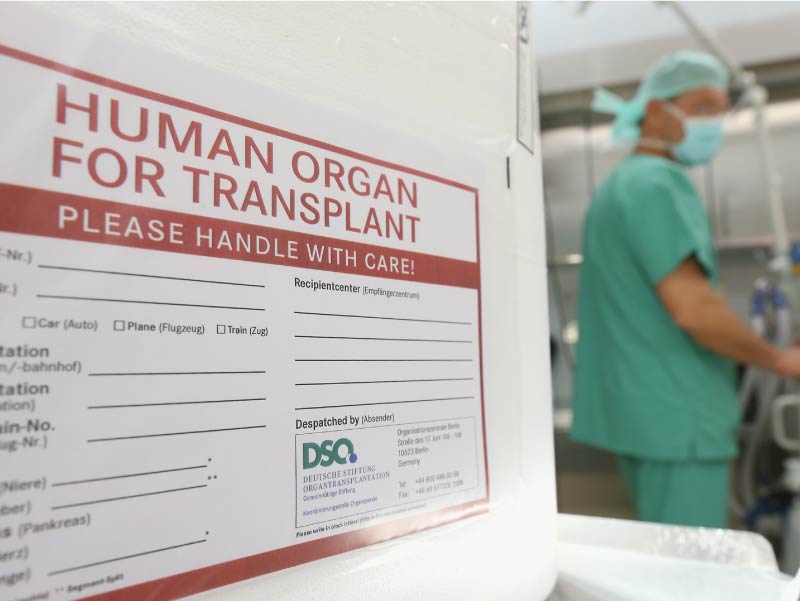