The rate of deaths related to diabetes and high blood pressure among Black people over the past two decades improved in urban areas, according to a new study, but rural communities are lagging.

Scientists have known for years that people in rural areas of the U.S. were more likely to die from cardiovascular disease than their city counterparts. But researchers wanted to see if recent efforts to reduce the racial gap in health were working equally in both areas of the country.

First, they looked at U.S. deaths for Black and white adults age 25 and older from 1999 to 2018. Then they zeroed in on where people lived and what cardiovascular conditions were listed as a cause of death.

While the study found death rates in rural areas were higher for Black adults compared with white adults for heart disease and stroke, it did show the racial gap in heart disease deaths declined at a similar rate in both rural and urban areas – and fell more rapidly for stroke in rural areas than in urban ones.

But the gap was especially wide for deaths related to diabetes and high blood pressure. Black rural residents were two to three times more likely to die from those conditions than white rural residents.

A slightly different picture emerged in urban areas. The gap between the rate of deaths for diabetes and high blood pressure among Black and white people improved about three times faster in cities and nearby suburbs than it did in rural areas.

The findings suggest a dire need for health care improvements in rural areas, he said. "It's important to modify public health and policy initiatives so we can get to the root causes of these regional inequities, including income inequality, structural racism and access to health care services."

The study will be presented Friday at the American Heart Association's virtual Epidemiology, Prevention, Lifestyle & Cardiometabolic Health Conference. The research also was published in the Journal of the American College of Cardiology.

"From a rural perspective, you have to think of new solutions," said Dr. Keith Churchwell, executive vice president and chief operating officer at Yale New Haven Hospital in Connecticut. "This may be an opportunity to take a deeper dive to see if telehealth can lead to better pathways to improve care."

Doctors in rural areas face unique challenges, including isolation and a shortage of health care professionals, said Churchwell, who was not involved in the new study. "You're at risk of having a disconnect in your ability to take care of patients."

He called for more research to explore why racial disparities are improving in urban areas for diabetes and hypertension and to see how those gains can be duplicated in rural settings. "There may be lessons we can learn about improving therapies, outcomes and overall care for populations everywhere." 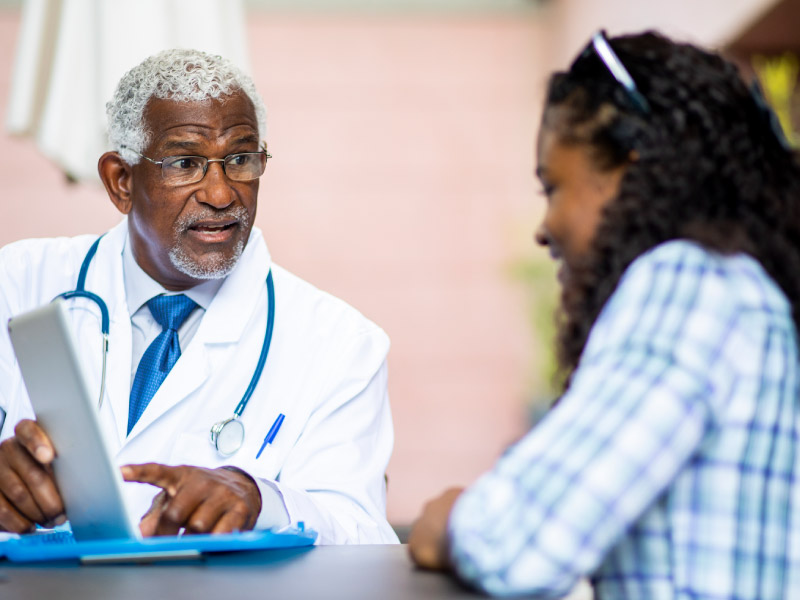