The day before her daughter, Maddy, turned 16, Kelly Steinberg woke up feeling a surge of energy rush through her body as she turned on her side.

"I wasn't in any pain," Kelly said. "But it was so strange. I knew something wasn't right."

It was the start of summer, and Kelly had taken the day off from her job at an architecture and design firm in Milwaukee to prepare for Maddy's big day. She planned to take Maddy and her 15-year-old son, Morris, shopping for birthday decorations and ingredients for a family dinner with her former in-law's, who were coming into town. The next day, Kelly would take Maddy to get her driver's license.

But lying in bed, Kelly abandoned her plans. Instead, she texted her ex-husband, Lyle Steinberg, and asked him to come over. When he arrived, she told him, "I think we need to go to the ER."

Kelly suspected she was having a heart attack. She knew the telltale signs and remembered how five years ago her mother had an aortic dissection, a rare life-threatening condition in which the aorta tears. The aorta is the main artery that carries blood from the heart to the rest of the body.

"As soon as I told the nurses that, they took me to get a CAT scan," she said.

Results showed Kelly was following in her mother's footsteps – the inner layer of her aorta had torn, and she needed emergency surgery. She also thought about her mother dying four months after being diagnosed with the condition.

"There was this feeling that I could die," she said.

In the final moments before the operation, she, Lyle and their two kids prayed with the hospital chaplain. As she was being transported, she told Lyle, "Whatever you do, make sure Maddy takes her driving test tomorrow."

After 10 hours in the operating room, her family breathed a sigh of relief. The surgery was a success. Except, there was a problem.

The next day, her right hand curled up. After that, she couldn't move her right arm. It was a stroke – her second, she later learned, in two days. During surgery she had a rare spinal cord stroke.

"I wasn't sure if I was going to walk again," said Kelly, a yoga teacher and former Ironman triathlete.

She began physical therapy unable to use her right hand and needing help to stand. After four grueling weeks, she could walk with a walker and move her right arm. She later switched to a cane and moved into Lyle's house to recover.

"The hardest part was that I couldn't be a parent or take care of anyone," Kelly said. "That was my job, so that was super hard to let people take care of me. I was also terrified that I could die at any minute. It took a while for me to get over that."

She credits yoga and breath work for helping her recover and cope. She also knows the physical toll would've been worse if not for how fit she was at the time.

Now, a year and a half later, Kelly walks or jogs every day. She's back to working full-time, although in a new career: She teaches sixth grade. She's thankful she paid attention to her body and didn't ignore the strange sensations that summer morning.

"I've always taken care of myself, and I was super active and healthy at the time," she said. "So, that this happened to me was a huge surprise. I could have just passed it off and not gone into the hospital. I feel super lucky."

There are still dark days, though.

Sometimes she feels angry that she can't run and resents the large scar on her chest. If her chest ever hurts, she worries she might have another tear.

"But I try to look at it logically," she said. "Is the pain getting worse? No. Then I take a few deep breaths and I'm feeling much better."

She's thankful for every day and is committed to staying positive.

"During my journey, I realized that recovering from something is not a death sentence," she said. "You just have to keep moving forward." Strokes in the spine are rare – but dangerous 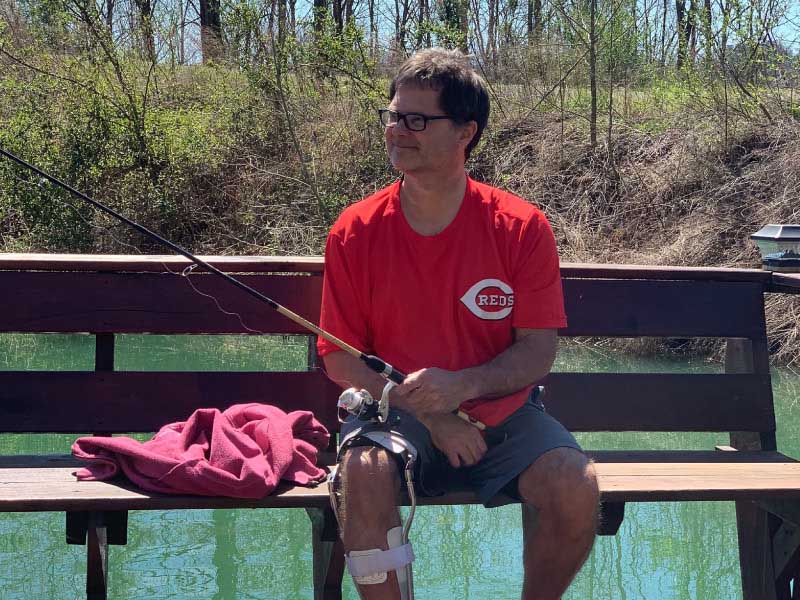