While growing up in the Philippines, Lady Dorothy Elli witnessed childhood hunger and poverty that left her with lasting impressions.

She has made it her mission to address the problem of food insecurity and the negative impact it can have on the academic and personal well-being of students of all ages.

"Health inequity plays a big role in this," said Lady Dorothy, 19, now a sophomore at the University of Arizona. "If health equity is present in the world, you wake up not having to worry about having an empty stomach and then going to school."

Food insecurity is defined in a 2020 report by the federal Office of Disease Prevention and Health Promotion as a "disruption of food intake or eating patterns because of lack of money and other resources." A 2019 study in the journal Pediatrics said that for children, "household food insecurity was related to significantly worse general health."

A first-generation immigrant to the United States, Lady Dorothy said she felt fortunate to be able to eat two to three meals a day as a child. But she took to heart the stories her mother, Fatima Elli, recounted about her own childhood growing up in a household with 10 siblings in which there wasn't always enough to eat.

In the Philippines, Lady Dorothy volunteered for the Red Cross and took an interest in helping to develop young leaders. She also would accompany her mother to outreach events like food donations in poor, rural areas.

The youngest of three daughters, Lady Dorothy is 10 years younger than her next oldest sibling.

"The age gap left her with me all the time," her mother, Fatima, said. "She came with me whenever I went to outreach programs. That's where she learned the idea of touching the lives of other people through providing basic necessities."

"I want to help bridge that gap and make sure that everyone is able to get access to nutritious and healthy food," Lady Dorothy said.

A year ago, she started the Nutrition Talks program, speaking to school-age children at churches and middle schools in the Tucson area about the importance of a nutritious diet and lifestyle. She was inspired by a similar program at a library at which she interned that provided free lunch to children.

She bought healthy snacks and created a presentation "that the kids could understand, emphasizing exercises and activities that they could do to actually realize what healthy living means."

For now, Nutrition Talks are canceled because of the COVID-19 pandemic, though Lady Dorothy is staying in touch with school districts as she thinks of ways to present a virtual program.

She also saw a need on campus after starting her freshman year at the University of Arizona. A 2018 study in the Journal of Students Affairs Research and Practice said the problem of food insecurity would grow "as campuses become increasingly diverse and more students pursue higher education."

Lady Dorothy devised an idea of starting a garden where students could grow their own fruits and vegetables and supply the campus food pantry with fresh produce. Planning for the "Wildcat Garden" was delayed because of the pandemic, and Lady Dorothy is waiting to hear whether the university's student government association will provide funding for the project.

Lady Dorothy's efforts earned her a $10,000 scholarship from the American Heart Association's Empowered to Serve Scholars program. She was one of 10 college students honored for work to help close health disparity gaps and improve the health and well-being of their communities.

A public health and speech, language and hearing sciences major, she also plans to pursue master's and doctorate degrees in public health. She is considering going to medical school, though her ultimate goal is to work for the International Red Cross and Red Crescent Movement.

It's a path her mother admires. "Any parent would be proud of their child for working not only for their own betterment, but also for doing good for other people," Fatima said. 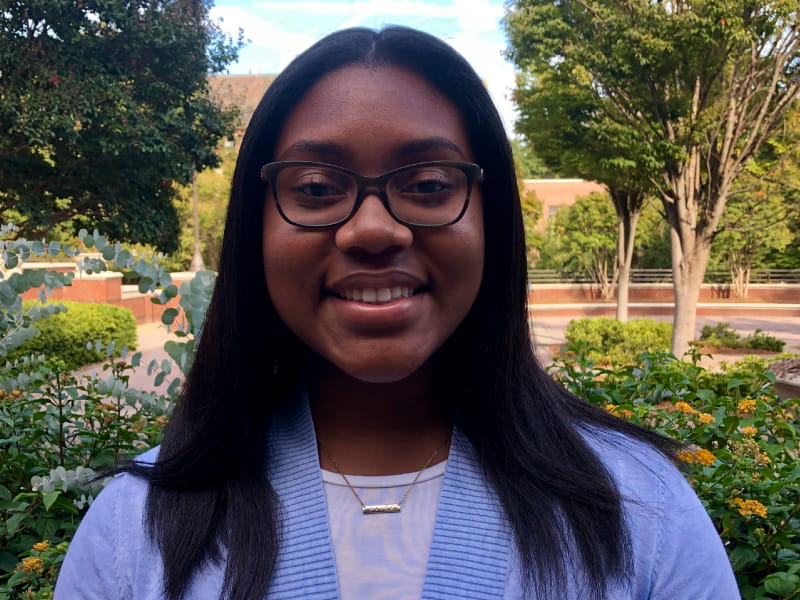