Dr. Felipe Lobelo is sad but not surprised the coronavirus pandemic appears to be taking a greater toll on African Americans and Latinos.

The pandemic and another crisis "have collided, and it's accelerating the bad outcome," said Lobelo, an associate professor at Emory University's Rollins School of Public Health in Atlanta who researches health disparities.

That other crisis, he said, is the higher rate of obesity, diabetes and heart disease among African Americans and Latinos than the general population. Those conditions leave people more susceptible to severe illness from COVID-19. Much of that disparity, Lobelo said, stems from a risk factor that is preventable: lack of physical activity.

A survey released in January by the Centers for Disease Control and Prevention showed 31.7% of Hispanics and 30.3% of black people were physically inactive, compared to 23.4% of white people. The respondents were classified as physically inactive if they had not participated in activities such as running, gardening or walking outside of their regular jobs in the past month.

"There are many factors, but it boils down to what we call the social determinants of health," said Lobelo, who directs Emory's Exercise is Medicine Global Research and Collaboration Center. "In other words, this is not just about the individual will and the individual behaviors, but the context in which we live."

That context includes safe neighborhoods to walk in, availability of healthy food, access to health care, income and education.

"All that plays a big role in the way we live our life and our ability to engage in health-enhancing activity," Lobelo said.

Dr. Damon Swift, associate professor of kinesiology at East Carolina University in Greenville, North Carolina, said both African Americans and Latinos are overrepresented on the lower end of the socioeconomic scale and that influences the disparity.

"It's not easy to tell people who have tough jobs and financial difficulties and no day care for their children that they need to go exercise," said Swift, who researches cardiovascular risk factors and racial health disparities. "Those are the barriers we have to overcome."

The solutions, both experts said, need to aim at many levels: public policies to tackle the social determinants of health, and community-focused efforts ranging from workplace fitness programs and church-based wellness ministries to youth sports programs and a renewed emphasis on physical education in school.

"At the core of it," Swift said, "if we can fix socioeconomic issues and we can fix education, that would be a huge step. But we need better ways to interact with communities that are culturally appropriate, and bring that message in a way that's not as scary as a scientist in a lab coat."

At Emory, Lobelo designed diabetes education programs organized around recreational soccer and basketball games paired with seminars on nutrition and other healthy habits.

"We've been successful in engaging men who typically will not show up to a lifestyle change program," he said. "Our approach is to identify those risk groups and tailor programs that will be more appealing."

The challenge is particularly urgent among young people, who are growing up in an era of smartphones, video games and TV binge-watching.

"Even though kids are more active than adults, they're less active than they were 20 or 30 years ago," Lobelo said. "The disparities among minorities is there as well, particularly among African American and Latino girls. And the rates of exercise go down as young adults transition to adults. Inactivity rates and excess sedentary time are important contributors to the diabetes epidemic."

But warning kids about inactivity now isn't always effective when the consequences still seem a lifetime away. "The better approach may be to focus on potential benefits, like increased productivity and better grades, because it's been proven that kids who are more active do better in school."

Lobelo said he is seeing signs that the healthy messages are getting through. At the least, he said, the figures in the CDC inactivity survey are leveling off, not increasing.

"That tells me that people are understanding the message and they're doing more," he said. "Or at least they understand they should be doing more so they're reporting that they're doing something. It's probably somewhere between those two." Working out while staying safe during the coronavirus outbreak 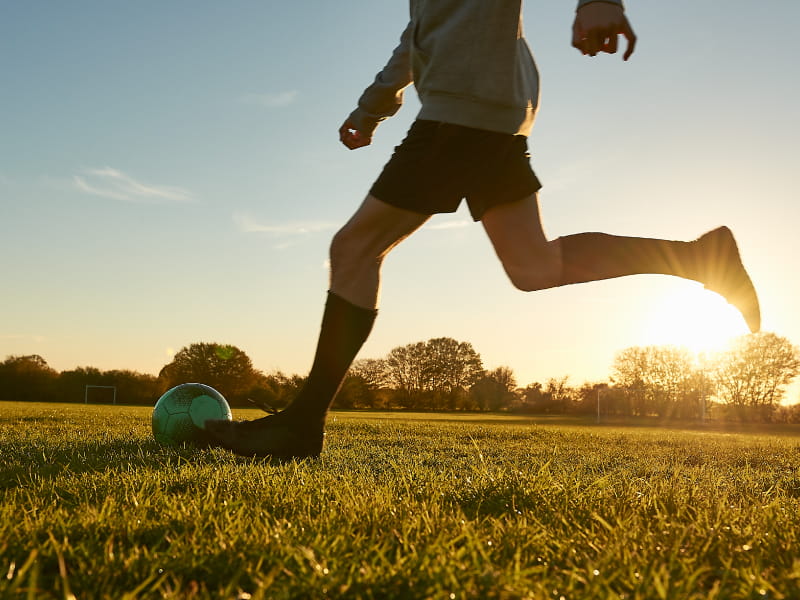 Most of the nation's teens aren't getting enough exercise