Doctors rely on a variety of risk assessments to evaluate how likely a person is to develop heart disease. While the scores provide an invaluable tool for health care professionals and the general public alike, they are not infallible.

For example, they sometimes fail to accurately predict risk in a condition where there's a lack of blood flow to tissues but no obstruction in the heart arteries. It's estimated about 3 to 4 million U.S. adults have the disorder called INOCA, which stands for Ischemia but No Obstructive Coronary Artery disease and is more common in women.

The question is: If the main coronary arteries aren't blocked, what's restricting blood flow to the heart?

Problems in the lining of the blood vessels, called the endothelium, can prevent the vessels from functioning properly. Spasms and dysfunction in the tiny vessels that branch off the larger coronary arteries – the microvascular blood vessels – are the most common cause of INOCA. High blood pressure, diabetes, smoking, high cholesterol, heart valve disease, and inflammatory disorders such as lupus may prevent blood vessels from working properly. Many people with INOCA have more than one of those conditions.

Research published Thursday in the Journal of the American Heart Association sheds new light on the topic.

"They have a functional problem, not an anatomical problem," said study author, Dr. C. Noel Bairey Merz, who heads up the National Heart, Lung, and Blood Institute's Women's Ischemia Syndrome Evaluation, or WISE. "The arteries fail to dilate when they should and then they may also over-constrict when they need to do so mildly or to not constrict at all."

The new study included 433 women with INOCA, and researchers looked at their available risk data from common risk scores over a 10-year period. About half of the women had high blood pressure and nearly 16% were prescribed cholesterol-lowering statins.

Bairey Merz and her colleagues found that over the decade, there were 24 cardiovascular deaths, nine heart attacks, 20 cases of heart failure, 17 strokes and 89 hospitalizations for angina. In addition, 19 women had a non-surgical procedure to treat narrowing of the coronary arteries, and five had coronary artery bypass surgery.

Their incidence of cardiovascular problems was greater than the most commonly used risk scores forecasted. For example, the Framingham Risk Score predicted an event rate of 6.87%, nearly four times less than the actual event rate of 28.87%.

Five of the six risk scores used in the study indicated the majority of patients had a low risk of cardiovascular disease events.

"There remains a myth in the cardiology community that if your arteries are open, there's nothing wrong with you and no treatment needs to be rendered," said Bairey Merz, who also is the director of the Barbra Streisand Women's Heart Center at Cedars-Sinai's Smidt Heart Institute in Los Angeles. "That's not necessarily true."

Bairey Merz said most INOCA patients have symptoms, and the condition can be diagnosed in several ways.

"Now that we have advanced imaging and functional coronary testing, we are recognizing more," she said. "It's always been there, but now we can test for it, so we're more aware."

Indeed, the incidence of INOCA may be on the rise. Bairey Merz attributed this to the dramatic reduction in cigarette smoking over the past 25 years as well as the increasing number of people who are using medications to treat high cholesterol and hypertension.

"We believe these are changing the nature of the fatty plaque buildup and converting it more to this microvascular pattern," she said.

According to Dr. Puja K. Mehta, associate professor at the Emory Women's Heart Center in Atlanta, risk scores should incorporate additional information that may help to identify INOCA patients who are at risk.

For example, Mehta, who was not involved in the new study, said current risk scores don't consider conditions associated with unique heart disease risk in women, such as history of preeclampsia, gestational diabetes, preterm labor or psychological factors such as depression, loneliness and anxiety.

People with autoimmune conditions such as lupus and rheumatoid arthritis tend to have an increased risk of heart problems later in life, Mehta said. "But that's not being captured in any of these risk scores."

"Instead of saying, 'Well, you only have a 40% blockage, so we won't treat it,' you treat the risk factors such as hypertension and give them preventive medications such as the statin," she said. "Hopefully you change their trajectory so that they don't develop heart failure and you protect them from future heart attack or stroke."

Bairey Merz is involved in a large randomized clinical trial testing a treatment strategy in women with INOCA. Results are expected in 2022.

While INOCA is more common in women, Bairey Merz said diagnoses are increasing in men. "This is turning out to be about half of all ischemic heart disease in woman and up to a third in men."

She hopes identifying and treating INOCA patients will curb the number of cardiac-related deaths and reduce the impact on the health care system.

"We have over 800,000 deaths annually due to cardiovascular disease and many millions of heart attacks," she said. "When we don't have guidelines about how to treat INOCA patients, they are most often not treated, and an untreated heart patient is one who will come back." 6 things every woman should know about heart health 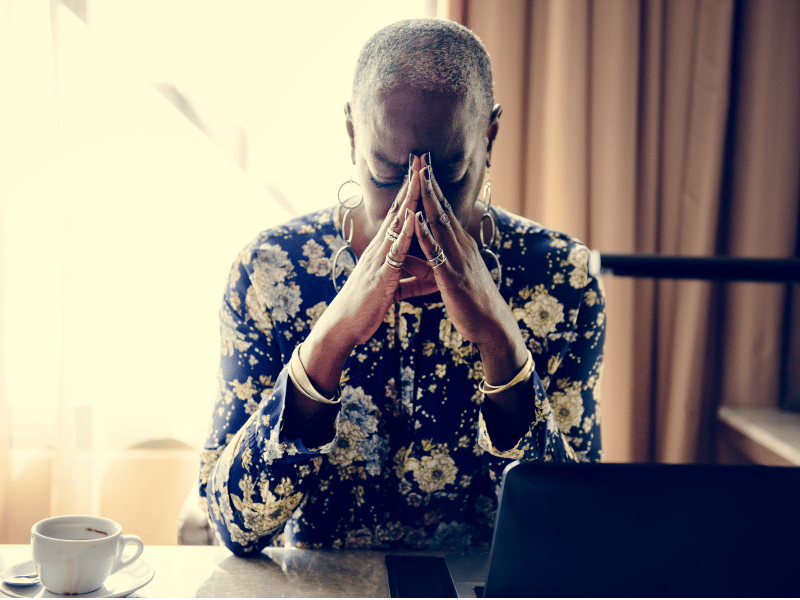 Stress from work, home can harm women's hearts. Here's what to do. What It Means to Go Red For Women