Sen. Bernie Sanders had no reported history of heart disease and had been keeping up an active presidential campaign schedule. But during an event Tuesday evening in Las Vegas, he experienced chest discomfort, his campaign said. Tests showed a blocked artery, and he had two stents implanted.

That experience, of going from appearing healthy to urgently needing stents, is a common one, said Dr. Deepak L. Bhatt, a professor at Harvard Medical School.

"That's the thing about heart disease," Bhatt said. "You can be feeling great one day and be having a heart attack the next day."

Dr. Robert Harrington, a cardiologist at Stanford University in California and president of the American Heart Association, agreed Sanders' situation sounded typical, even without knowing all his personal details.

Sanders' campaign said nothing about a heart attack, and the 78-year-old Democratic presidential candidate has not made his most recent health records public. But in 2016, he released a letter from a doctor saying he had no history of cardiovascular disease. He also had normal readings for blood pressure and pulse, although his cholesterol numbers were not ideal.

Arteries get blocked when fats, cholesterol and other substances build up to form plaque. When an artery feeding the heart muscle is narrowed by plaque, it can reduce blood flow. That can cause chest pain. If a clot forms and completely blocks the blood flow to part of the heart muscle, it causes a heart attack.

Angioplasty opens blocked arteries and restores normal blood flow to the heart muscle. It's done by threading a catheter through a small puncture in a leg or arm artery to the heart. The blocked artery is opened by inflating a tiny balloon. A stent — a tiny wire mesh tube — helps keep arteries open and reduce the chance of a heart attack.

The fact that Sanders needed two stents is not an indication of the scope of his problem, said Bhatt, who is executive director of Interventional Cardiovascular Programs at Brigham and Women's Hospital Heart and Vascular Center in Boston. The average number a patient needs is a little under two, he said.

A statement released Wednesday morning by Sanders' adviser Jeff Weaver said the candidate was "conversing and in good spirits. He will be resting up over the next few days."

In general, the speed of recovery from a stent procedure depends on whether the patient has had a heart attack and whether the catheter was inserted through the leg or arm, Bhatt said.

If the catheter went through the wrist, "in two to three days, people can go back to what they were doing. If it's a desk job, they can go back that same day if they really want, or the day after, as long as they are not using the wrist to lift anything heavy. With the leg, usually we say to take it easy for a few days to let the leg heal up. But again, if it's cognitive work, people can go back the next day as well," once the sedation wears off.

"Now, if someone has a heart attack, that recovery period might be a little bit longer, especially if it's a bigger one," he said.

A stent procedure is not like open-heart surgery, he said. "A lot of times people think they are similar, but they're actually very different. They're similar in terms that we're working on the heart arteries. But it's different in terms of recovery time. After open-heart surgery it's typically six weeks before you can drive or go back to work. That's not the case with a stent."

Harrington said the long-term outlook for someone who has had a stent procedure is good.

"People with heart disease, including people who have stents put in, can lead long, normal, active, healthy lives with a high quality of life," he said. "And I think that that's important. There will be medicines that they'll have to be on, some for a period of time, some forever. But the whole point of advanced cardiovascular care is to get the individual back to the things it is they like to do."

Both Bhatt and Harrington said people who wonder how they can prevent needing such a procedure should focus on lifestyle factors, including not smoking, eating better, losing weight, staying active, managing blood pressure, controlling cholesterol and reducing blood sugar.

"We have to worry about the things that are in our control," Harrington said. "So it's really knowing about the seven things that we know are related to heart disease, and being attentive to those." 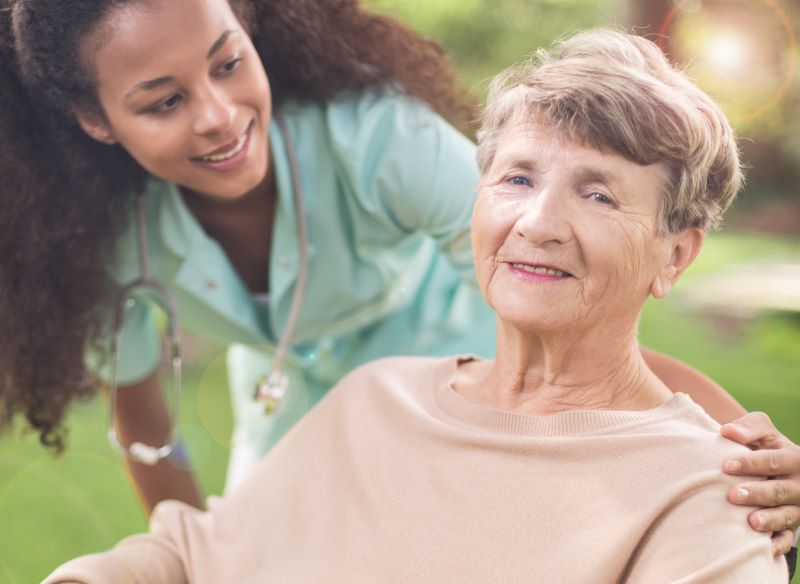