Fifteen years after David Spina's life was turned upside down by a heart attack, he's become something of an expert on change. That's one reason he's passionate about supporting the American Heart Association.

"I think it's a change agent for better health," he said. "I'd like my impact to reinforce the effectiveness of the American Heart Association in pursuing its mission."

The retired CEO of the financial services company State Street, Spina received the Gold Heart Award, the highest honor the AHA gives to volunteers who have provided continued, distinguished service.

Long before he volunteered to improve public health, Spina served his country as a Navy officer, including being a skipper on a SWIFT boat in Vietnam. After the war, he earned an MBA from Harvard, settled into the Boston area with his wife, Stevie, and their two children, and climbed the ranks at State Street. He served as the company's chief financial officer and treasurer, and later became president, CEO and chairman.

But all of his success in business couldn't prepare him for the obstacles he faced after suffering a heart attack in 2003.

"During my heart attack and bypass surgery, I felt a profound sense of dependency," Spina said. "I needed every bit of help I could get from the medical staff who cared for me. My personal challenge was to restore my sense of self-confidence to enable me to be confident about my future."

One way he rebuilt his confidence was to find out as much as he could about cardiovascular health. What he learned left him in awe.

"Observing the procedures to stabilize and restore my health allowed me to have a clearer understanding and appreciation of the knowledge and skill used by the medical team helping me," he said. "Today's knowledge is vastly more effective than the information available only 40 years ago, and the death rates from heart attack and stroke are much lower as a result."

Since retiring from State Street in 2004, he's devoted much of his time and energy to helping the AHA create positive change in heart health. He's held a variety of volunteer leadership positions and currently serves on AHA's Board of Directors.

He and Stevie have also made major philanthropic gifts to the organization to address a wide spectrum of concerns.

Spina said the Social Impact Fund "provides a clear opportunity for us to focus our philanthropy in communities of special interest to us, such as Boston and Flint. Stevie and I believe it's a good design for others who seek to empower communities, and hope that others will join us in this important philanthropic effort."

When it comes to creating a healthier world, innovative ideas are the key to solving the puzzle, he said.

"Our challenge at the AHA compels us to keep trying new ways to achieve our mission. The Social Impact Fund is one of those new ways." 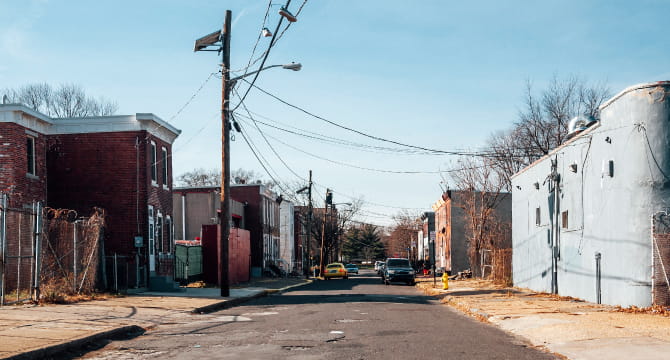