Race matters when it comes to who is more likely to have a stroke and to die from one. For American Indians, just how much it matters has been unclear due to a lack of research.

"There are huge health challenges that American Indian people still experience and there are also remarkable strengths and resilience within their communities, all of which are largely unrecognized by the general population," said Clemma Muller, an assistant research professor in the College of Medicine at Washington State University and lead author of the study published Thursday in the Journal of the American Heart Association.

Muller said the emerging diabetes epidemic among American Indians and barriers to health care access may contribute to the disparities, although she cautioned the mortality findings would need to be confirmed in future studies.

Stroke is the No. 5 cause of death in the United States and a leading cause of disability. Yet little is known about American Indians' experience with the condition, Muller said. They are underrepresented in research and often have their race misclassified, she said.

In the new study, researchers pooled data from two large studies on cardiovascular disease – one comprised of American Indians living in primarily rural areas in Arizona, Oklahoma, North Dakota and South Dakota, and the other comprised of black and white people from Minnesota, Mississippi, North Carolina and Maryland.

Of the 17,360 participants included in the analysis, 3,182 were American Indian, 3,765 were black and 10,413 were white. The studies shared a similar design and timeline, which allowed researchers to compare results across the groups.

"This is a very interesting and important study," said Dr. David Lee Gordon, professor and chair of the department of neurology at the University of Oklahoma Health Sciences Center, who was not involved with the study. "As far as I know, it's the first dive into stroke incidence and survival among American Indians (compared to other racial groups)."

Gordon said regional differences may contribute to variations in stroke rate and mortality. Since there's little geographic overlap between the American Indian participants and the black and white participants, he said it's difficult to untangle the effect of race from the influence of geographic location on stroke rates. It's very likely factors beyond getting good health care and diabetes care are having an impact, Gordon said.

Muller said she'd like to see a study performed in a large diverse group for whom researchers can standardize the design and better control potential variables to examine racial differences in stroke incidence and survival.

"For many people, this isn't on the radar. We talk about racial disparities in stroke but when I go and look, it's blacks, Asians and Hispanics," said Muller. "A lot of people don't even notice that American Indians aren't represented." 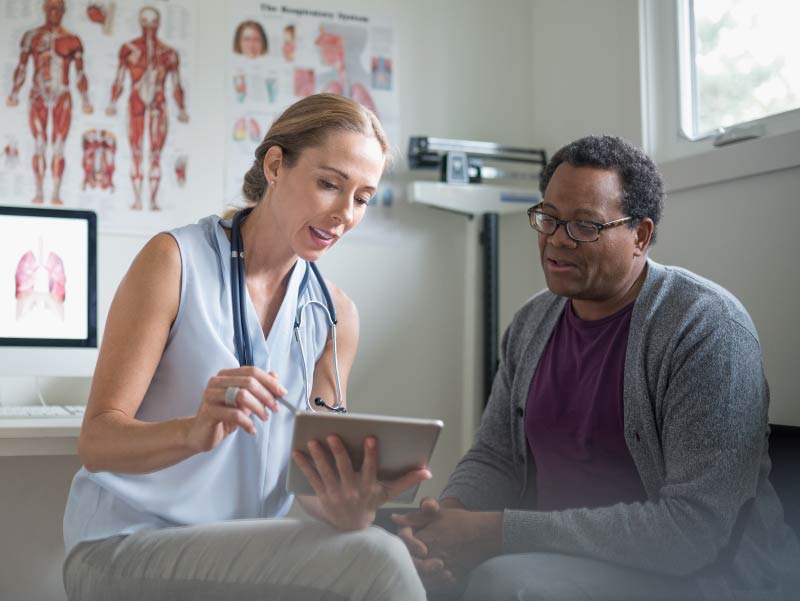 Magnet with heart attack signs was her checklist the next day