The woman who inspires Brenda Houston's American Heart Association work was her best friend – her mom.

"When I was 21, I lost my mom to a massive heart attack," said Houston, an executive director and senior vice president in the AHA's Great Rivers affiliate. "Losing my mom fueled my conviction to rally people around the mission to end heart disease."

Houston will be honored this month with the Earl B. Beagle award, the AHA's highest staff award. She's known for her tireless work for the mission, bringing in millions of dollars in 23 years.

Her mother, Sherrie Baker, was a Weight Watchers master leader who helped others achieve a healthy lifestyle for more than two decades, but she did have some risk factors for heart disease. She was a smoker – born in the 1930s and influenced by smoking's glamorous image – and was also postmenopausal and on a hormone replacement patch.

"Back then, women didn't know the implications of being on hormone replacement and smoking, let alone the fact that heart disease was their No. 1 health threat," Houston said.

The night before her heart attack on July 21, 1991, Sherrie had symptoms of indigestion and fatigue. Her husband, Jerry, awoke to her gurgling sounds and called 911, but the first responder was a sheriff's vehicle that wasn't equipped with an automated external defibrillator.

"Through extraordinary means they brought her back in the ambulance, but she was in a coma for eight weeks before she passed away – never regaining consciousness," Houston said.

Although she can't rewrite the story of her mom's death, Houston's work helps other families celebrate a different ending.

"The education and awareness that the AHA has brought to heart disease in women is critical," she said. "We're saving more lives because of the Go Red for Women movement."

All first responders in Ohio now have AEDs, thanks to legislation the AHA helped to get passed. And in Ohio and in 37 other states, graduating high school students must learn CPR.

Houston's dad, now 83, also has heart problems. But he's benefited from medical advances that have occurred since Sherrie's death. He's had two stents implanted as well as a defibrillator.

"Those are significant reasons that contribute to my passion for the mission," Houston said. "I see firsthand how funds raised can have an impact on our lifesaving work."

In her community of Columbus, Ohio, sharp disparities in the care people receive are also part of Houston's passion. For example, there's a 20-year difference in life expectancy between neighboring ZIP codes in Franklin County. With Houston's leadership, the local AHA tackled blood pressure control, partnering with the Franklin County Health Department. Together, they worked with barbershops, the YMCA and others to reach underserved communities.

They also enlisted help from food banks, health systems and insurance carriers. One significant win was coaxing a major insurance carrier to increase its blood pressure medication prescriptions from 30 to 90 days.

"Blood pressure is known as the silent killer because many people have no symptoms," Houston said. The AHA annually participates in a local African American Men's Wellness Walk, which educates more than 10,000 participants about high blood pressure risk factors.

In 2013, the AHA was instrumental in getting legislation passed that has saved countless lives in Ohio. Pulse oximetry is a test that predicts congenital heart defects in newborn babies by measuring oxygen levels with a toe or finger monitor. During the past several years, the AHA and other groups have lobbied to pass pulse ox legislation, with almost every state requiring the exam before babies leave the hospital.

"It's a painless and inexpensive test," Houston said. "Our AHA-funded science brought to life the fact that it could help detect congenital heart defects. Then our policy work helps make sure the test gets administered – and that's priceless."

Such wins reflect Houston's unwavering desire to fight heart disease. And it even brings her comfort when she misses her mom.

"I miss being able to pick up the phone and talk to her – on good days and bad," she said. "She taught me life is 10% what happens and 90% how you react, and I've carried that with me my whole career." 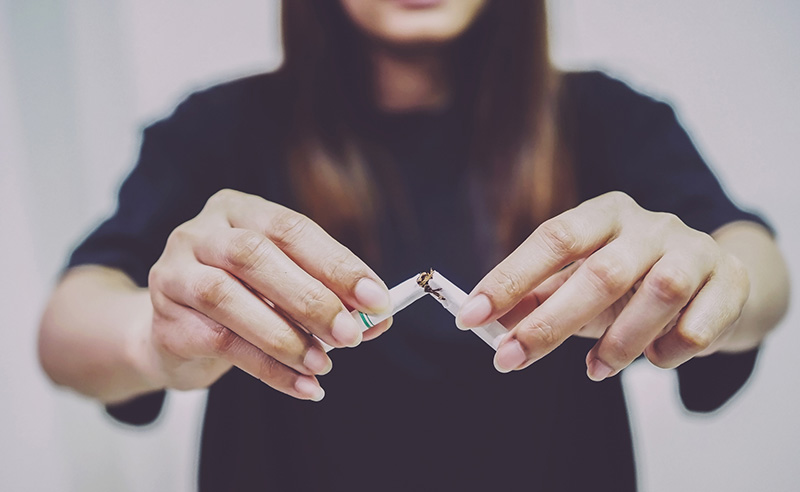 Smoking and Heart Disease in Women