To best appreciate the harrowing, heartwarming story of Michelle Davenport, you first need to know about the woman who raised her, Flossie Washington.

Born in South Carolina in 1912, Flossie moved to New York during the Great Depression seeking an opportunity. She found a doozie: working for the Rockefellers.

Flossie earned enough to rent and run a hand laundry in Harlem. Then she bought a nearby brownstone. She lived on the street level, where she also ran the laundry business, and rented the other floors.

When Michelle was an infant, a misunderstanding between her mother and grandmother left her in need of a caregiver. In stepped Flossie, Michelle's great-grandmother.

Because Flossie couldn't read or write, she emphasized that Michelle get a good education, always adding, "It's the one thing people can never take from you." Other lessons Flossie taught by example.

"She was the Mother Teresa of the neighborhood," Michelle said. "She cared for the homeless, prostitutes, heroin addicts, what we called winos. She'd feed them, give them a dollar, a place to sleep or some clothes. She made sure they knew someone loved them."

Michelle was 14 when Flossie died. The folks she'd touched lined the streets outside the funeral home to pay their last respects. As Michelle approached the open casket to give her Nana a farewell kiss, someone shoved her away. Whap! Just like that, at the moment the anchor in Michelle's life was cut loose, turbulent waves began violently charting a new course for her.

The full route is excruciating. It includes a rape at 15 and years of being beaten and demoralized by her husband, the father of her four children. The abuse ended only when he went to prison on drug charges. Then came the stroke symptoms Michelle tried to ignore because she couldn't afford the bills.

A colleague got her to a hospital. And as she recovered, Michelle resolved to become the woman Flossie raised her to be.

The woman who will soon be known as Dr. Michelle Davenport.

Around the time Flossie died, Michelle started dating the man she would marry. She became a mother at 16, a wife at 19.

She graduated from a health professions high school with a nursing assistant certificate and aimed to earn her doctorate degree. Her husband didn't want her to be more successful than him. He demanded she drop out of school.

They moved to Minnesota in 1989. He worked a part-time job and she worked as a nursing assistant, making $6.10 per hour. It wasn't enough to support their growing family, so she begged him to permit her to take classes to move up on the nursing ladder – to become a licensed practical nurse.

He gave in. But the abuse continued.

Michelle usually covered her bruises and scars. After he punched her in the eye and his ring cut her face, requiring stitches, she learned to protect her face. The kids endured his wrath, too.

Once he got arrested, they all breathed easier.

Alas, by the time he went to prison in 1995, he'd already infected the two oldest, both boys, with street life. Soon, they would be in and out of jail and youth homes, leaving Michelle to raise their two younger kids, both girls.

In 2004, Michelle worked at a suburban Minneapolis nursing home. Her oldest daughter was in high school and the youngest was in middle school.

On a Friday night, Michelle felt numbness and tingling in her left arm and face. She knew this could be a stroke.

The thought of dealing with an ER on a Friday night, and adding to the medical bills stacked up from a life-threatening issue the year before, prompted her to roll the dice. She took two ibuprofen and asked God not to take her as she slept.

All was well until 2:55 p.m. on Tuesday. As she went to punch the clock to end her nursing shift, the world spun. Her left side went numb.

Just then, Tarnue Jackson Jallah walked up to punch in for his shift. He could see Michelle wasn't right. He drove her to the hospital, where doctors confirmed she was suffering a stroke caused by a blood clot.

Without intervention, the clot resolved itself, she said.

The next day, while still in the hospital, two words came to her: It's time.

"I knew it was God telling me get back to school," she said.

When she went to enroll, advisers said credits for five classes she'd taken toward her registered nurse degree had expired. She'd have to start over.

Flossie's great-granddaughter wasn't going down that easy. She filed five appeals. And won them all.

"That was God letting me know, 'I've got your back,'" Michelle said.

Now she's three classes and a capstone project from earning a doctorate of Nursing Practice.

I'm happy to say she's been a spokeswoman for my organization, the American Heart Association, in the Twin Cities. She's appeared in videos and billboards for stroke awareness, and served as the featured speaker at an event in September.

She remarried years ago, and her husband is now disabled; he works minimal hours, is unable to drive and cooks only small meals. Also, her oldest daughter fell prey to cocaine, and Michelle recently won a long, expensive legal battle to adopt four of her grandchildren, ages 6 to 11.

"My great-grandmother didn't turn her back on me and I won't turn my back on these four," she said. "I want to show them the values she taught me."

A few weeks ago, her 11-year-old granddaughter turned in an essay that closed with this line: "My message to everyone who wants to achieve something no matter what it is, believe in yourself and know you can do anything in the hands of God."

Michelle's medical bills threw her into bankruptcy in 2005 and loans have paid for her education. Her church and work communities chipped in to help her with all the supplies needed to successfully adopt her four grandchildren, which included everything that comes with adding four kids, such as a bigger home, more furniture and a larger vehicle.

"The love that everyone is showing me, it's a circle of life – I am a mirror of Flossie Washington," she said proudly. Then she paused and, through tears, added, "My ultimate goal when I was a child was to be a doctor. My ex-husband stole that dream from me. But I'm almost there. I'm not turning back."

She's writing a book about it all. The working title: "Through The Storm, I Survived."


If you have questions or comments about this story, please email [email protected]. 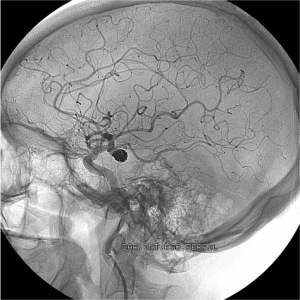