Parents, can’t seem to tear the kids away from their screens? There are ways you won’t have to – and still get them off the couch.

Exergaming allows players to engage in physical activity while also participating in video games – using a video camera, an infrared sensor or other technology that tracks their movements while playing.

"Dance Dance Revolution" is widely credited for popularizing the concept, particularly after versions of the fast-footed arcade game made its way into home video console systems. Then came gaming systems such as the Nintendo Wii and Xbox Kinect, which allowed players of all ages to play tennis, throw a football or partake in various other sports.

"It’s breaking up that sedentary time, because if you’re doing a dance game, your heart rate will get up there," said Erin O’Loughlin, a researcher who has studied exergaming as part of her doctoral work at Concordia University in Montreal, Canada. "You’re expending energy, and that physical activity gives you some health benefits."

More recently, exergaming has come to include something as simple as Pokémon Go, the mobile app that has children (and their parents) heading outside and combing streets to capture imaginary Pokémon creatures. But exergaming isn’t only for kids: The popular "Zombies, Run!" app has adults trying to outpace zombies, or pick up "supplies" to hunt them down, while out for their morning run.

"Some exergames are just made for fun. Kids in particular may not even be aware that they're being active while playing them," O’Loughlin said.

And that fun activity can help them become healthier, studies have shown.

Exergaming helped improve the quality of life in heart failure patients after three months, according to a team of researchers in Sweden that used Wii Sports tennis as the basis of a study presented at the European Society of Cardiology Congress in May. Researchers looked at patients advised to play the Wii game for 30 minutes each day, compared to a control exercise group advised to simply be physically active for the same amount of time.

In another study closer to home, children who were overweight or obese lost weight and lowered their cholesterol and blood pressure by playing special exercise video games at least three times a week.

According to the six-month study published in July in Pediatric Obesity, the children also were given step trackers and, with a parent, had weekly online meetings with a fitness coach. By the end of the study, partially funded by the American Heart Association, the exergamers had reduced their body mass index by roughly 3 percent. Kids in a control group, meanwhile, saw their BMIs increase by 1 percent.

"The goal of this study was to get these kids to meet the recommendation of one hour of physical activity a day, and that’s what we did," said lead author Amanda Staiano, an assistant professor at Louisiana State University’s Pennington Biomedical Research Center.

But exercise video games, and exergaming in general, shouldn’t be viewed as something to replace sports or going outdoors to take a walk, Staiano said.

"This is just one tool in a multi-pronged approach to physical activity promotion," she said, noting that her study found parental involvement was crucial in the success of the children in the gaming group.

"We were asking the kids to be active every day, play the game three times a week, wear their Fitbits, do video chats with the coach – and they did it for the full six months," she said. "What that meant is the family had figured out a way to integrate this into their daily lives, and they stuck with it."

Staiano said that’s a good lesson for anyone trying to get into a physical activity routine, through exergaming or other venues.

"It's one thing to be active occasionally or try something for a week or two, but to get the most benefits from physical activity, people need to integrate it into their daily life for several weeks or for several months to really see the health effects." 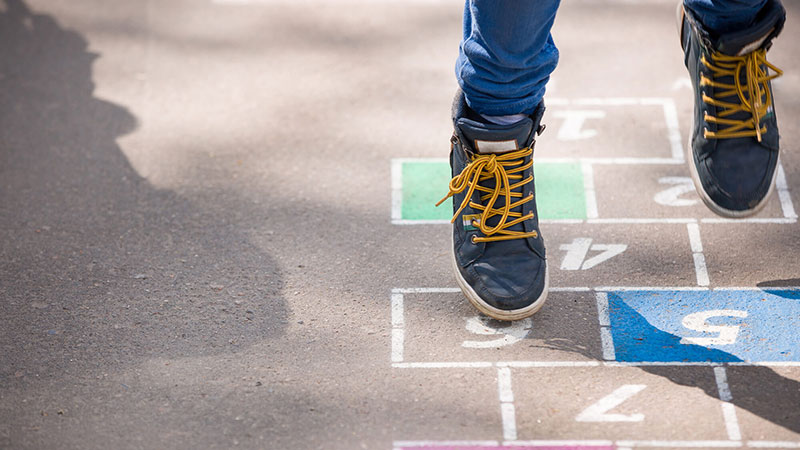 How Can I Help My Child Be More Physically Active?