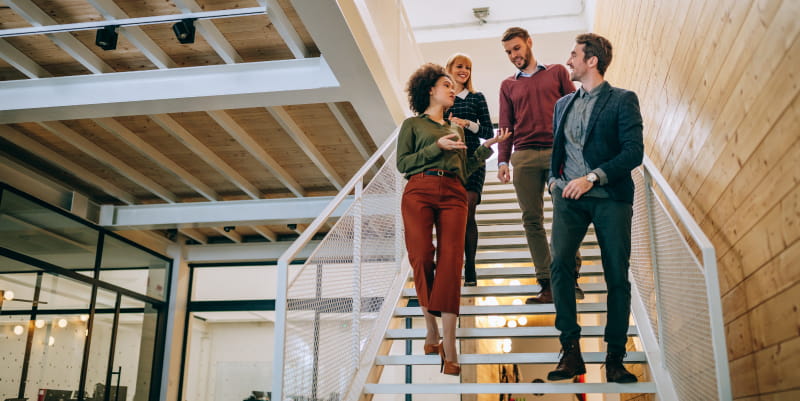 After five weeks off recovering from her heart attack, Melissa Murphy looked forward to returning to her job.

“I’m back out, and I'm contributing again,” the Iowa mother of two remembered thinking. “I'm not a victim, which is how you sometimes feel when you're sitting on your couch and everybody leaves to go to work or school and you're left with your thoughts.”

But she occasionally ran into a few bumps during her transition. As someone who sometimes travels hours at a time for her work in the pharmaceutical industry, Murphy initially was nervous to be so far away from emergency help. And her anxiety already was heightened from adjusting to a work schedule far more rigid than the month of relaxed daily routines she had just left behind.

Returning to work after a heart attack often requires patients to clear unexpected psychological hurdles in addition to the physical ones they already face.

But the effort could pay off. Research suggests going back to work can be critical to fighting off depression and improving overall health, in addition to avoiding financial hardships.

In a study published last month in the journal Circulation: Cardiovascular Quality and Outcomes(link opens in new window), nine out of 10 people who suffered a major heart attack had returned to work within a year. For those who didn’t, or who ended up working less, many reported depression, a poor quality of life and money problems that made it difficult to pay for medication.

Dr. Haider Warraich, a cardiologist at Duke University Medical Center and the lead author of the study, said relaying such findings to patients can help reassure them about the safety of returning to work. His research looked at more than 9,300 heart attack patients, more than half of whom were employed at the time of their heart attack.

“There are a lot of misconceptions around whether work-related stress might cause a heart attack,” he said. “While stress is a risk factor for heart disease, it's much lower than traditional factors like [high] blood pressure and smoking.”

In addition, “treatments for heart attacks are better than they've ever been,” Warraich said. “That kind of information might help ease some of the fears or psychological barriers patients might have about returning to work.”

For survivors, the question “will I ever get back to where I was before?” pops up repeatedly.

Murphy, who was 40 when she suffered her May 2016 heart attack, remembers having to check in with her husband every time she left and returned home to assure him she hadn’t relapsed.

The same kind of thinking followed her to work, when she was driving hours at a stretch on remote highways.

“I kept thinking, ‘What if I don't have cell phone service and I have another heart attack,’” said Murphy. “That was very anxiety-provoking because I thought, if I'm in a small town that doesn’t have a hospital, how is the ambulance going to get to me in time?”

Rachel Dreyer, who co-wrote an accompanying editorial (link opens in new window)to Warraich’s study, said the findings are “a call to action” for doctors to look beyond a clinical perspective.

“How do we help patients transition from hospital to cardiac rehabilitation and to maintenance of their long-term health? Part of this challenge is helping patients return to work,” said Dreyer, an assistant professor of emergency medicine at Yale University’s School of Medicine.

The study found patients who had excessive bleeding after their heart attack or who later were readmitted to the hospital were less likely to return to work than people who didn’t have such complications.

That – both Dreyer and Warraich noted – can help doctors identify patients at higher risk of not returning to work and who might need additional attention.

“Employment represents well-being and good health, and not being able to get back to work leads to detrimental effects, which we know from the literature can mean an impact on physical and mental health,” Dreyer said.

“The sooner you can get back to that normalcy the better, because it can be so easy to spiral down into an anxious depression,” she said. “But you really, really must rely on your support system – from family to friends to coworkers – to get there.”