“I want to have a bigger impact on health care throughout the world,” she said. “I want to get the biggest bang for our buck.”

That ambition, vision and drive earned Larimer the American Heart Association’s Healthcare Volunteer of the Year Award at a ceremony in June. The current president of AHA’s Metro Chicago Board of Directors, Larimer has volunteered for the AHA for nearly 20 years, playing an active role in her community as a speaker, educator and advocate for health care policy change.

A native of Mishawaka, Indiana, she started her career as a nurse practitioner in cardiology before earning a Ph.D. and focusing her attention on her community. For her first major research project, she assessed the heart-health risks of people of Mexican descent in Berwyn, Illinois, a lower-middle class town near Chicago.

“I started asking ‘What are the barriers and social determinants of health?’ and the bottom line is that the people that have resources do well, and those that don’t, don’t do well,” she said. “If we don’t provide health care access to all communities, we can’t move the needle at all.”

A nursing professor at DePaul University in Chicago, Larimer spends much of her time outside the classroom. She has campaigned to add CPR training and more physical education classes to the school curriculum, and in 2016 and 2017, she served as AHA spokesperson during a campaign in Cook County, Illinois, to tax sweetened beverages. Multiple studies have shown that regular consumption of sugar-sweetened drinks leads to excess weight and obesity in adults and children.

Thanks in part to Larimer’s activism — including public testimony, letters, phone calls and interviews with the media — a penny-per-ounce tax was passed on sweetened beverages, including sodas, sweetened teas and sports drinks. However, the tax was later overturned.

“I was kind of down the day it was repealed, but I won’t be deterred,” Larimer said. “You know what? The issue is on the radar now. People did get some of the message, and hopefully, we’ll be seeing a generation of people who are completely fine drinking water and not soda.”

“There’s plenty of evidence that when you inhale something that’s not naturally available in our environment, it’s going to be detrimental to your health,” Larimer said. “We learned over the years how toxic cigarette smoking is, and knowing what we know now, do we allow vaping to go down that same trajectory and only research it after the fact? I don’t think so.”

Larimer, 54, grew up in an era when access to health information was limited. So many adults in her extended family smoked that, as a child, she told her dad, “‘I don’t want to become an adult because when you become an adult, you have to smoke.’”

Sure enough, Larimer became a smoker in college, and she wasn’t able to shake the nicotine addiction until her late 30s.

“I quit several times, as many people do, but I finally quit for good when I started seeing people close to my age coming into my clinic with a heart attack … . I said, ‘That’s not going to be me.’”

Larimer said she’s hopeful that current and future generations will lead healthier lives and share their knowledge about cardiovascular health with people of all socioeconomic backgrounds.

“Our students today are much more open to learning about other communities than my generation was when we were students,” she said, speaking of her students at DePaul. “They’re energetic and motivated to get things accomplished, and they come up with great ideas that aren’t even in my vernacular.”

Larimer said that while she’s honored to be named the AHA’s Healthcare Volunteer of the Year, countless people at the organization contributed to her success.

“I’ve always had tremendous support from the people at American Heart Association … . They’ve opened doors for me and made all the difference,” she said. “I’m just one little part of this big movement. Without the foundation that the AHA provides, I wouldn’t be doing what I’m doing.” 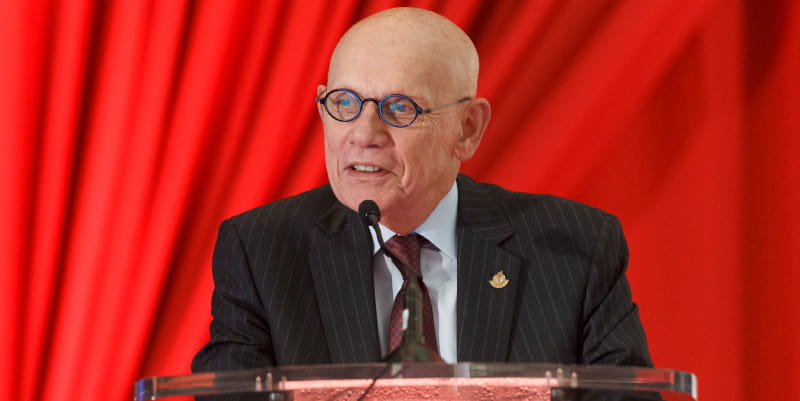