Women who had their first menstrual cycle at age 10 or younger, or age 17 or older,  may be at higher risk of developing heart disease, stroke, and complications of high blood pressure, according to new research in the American Heart Association’s journal Circulation.

Researchers analyzed data collected from 1.3 million women aged 50 to 64 years old, who were mostly white. After over a decade of observation, those women who had their first menstrual cycle at the age of 13 had the least risk of developing heart disease, stroke, and high blood pressure.

“The size of our study, the wide range of ages considered, and the vascular diseases being examined made it unique and informative,” said Dexter Canoy, M.D, Ph.D., study lead author and cardiovascular epidemiologist at the Cancer Epidemiology Unit, Nuffield Department of Population Health at the University of Oxford in the U.K. “Childhood obesity, widespread in many industrialized countries, is linked particularly to early age at which the first menstrual cycle occurs. Public health strategies to tackle childhood obesity may possibly prevent the lowering of the average age of first menstrual cycle, which may in turn reduce their risk of developing heart disease over the long term.”

The effect of age of the first occurrence of menstruation on heart disease was consistently found among lean, over-weight, and obese women, among never, past or current smokers, and among women in lower, middle, or higher socioeconomic groups.

For the majority of these women, however, their additional risk of developing a vascular disease was small. Of the million women, only four percent of them had their first menstrual cycle occurring at age 10 or younger, and only one percent at age 17 or older. 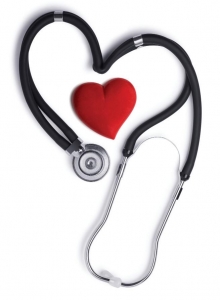