ORLANDO, Florida — When the National Institutes of Health released teaser data in September from a major study showing that a more aggressive reduction in high blood pressure could significantly lower the rates of cardiovascular diseases and death, some criticized the agency for touting preliminary results that didn’t give doctors and patients the whole story.

AHA guidelines currently recommend a systolic pressure of less than 140 millimeters of mercury for most adults with high blood pressure, or hypertension. But doctors say these new findings support a steeper goal of 120 — a reduction that could translate into doctors putting millions more Americans with high blood pressure on additional medication.

The study found that hitting the lower 120 target reduced the risk of dying from cardiovascular causes by 43 percent.

“This is likely the most important blood pressure study in the past 40 years,” said Daniel Jones, M.D., interim chairman of the department of medicine at the University of Mississippi Medical Center, who was not involved in the study. “It’s one that should and will change the practice of treating high blood pressure around the world.”

High blood pressure contributed to more than 360,000 U.S. deaths in 2013, according to the Centers for Disease Control and Prevention. Globally, the World Health Organization estimates it causes 7.5 million deaths.

Blood pressure medications are relatively affordable — nearly all are available as low-cost generics — meaning that more doses won’t burden patients with higher bills. Nor did researchers find that giving patients more drugs increases the risk of most serious side effects.

The Systolic Blood Pressure Intervention Trial, or SPRINT, included more than 9,300 people with high blood pressure who were age 50 and older and had at least one other risk factor for heart disease and stroke. The patients were followed for a median of more than three years, much shorter than expected because investigators stopped the trial early after seeing the striking results.

Using medications to lower systolic blood pressure to around 120 reduced the risk of having or dying from a heart attack, stroke or heart failure by a quarter, compared with lowering it to the commonly recommended target of less than 140. During the study, 243 patients in the intensive treatment group had a so-called event versus 319 patients in the standard treatment group.

According to the AHA, one in three American adults — about 80 million — have high blood pressure, putting them at increased risk for heart attack, stroke, kidney failure and other health problems. Those included in the study represent about 20 million of them, said Paul Whelton, M.D., who chaired the SPRINT steering committee and presented the findings, also published online in the New England Journal of Medicine(link opens in new window).

Although the findings clearly show that the lower blood pressure goal saves lives, it is unknown whether applying that change in clinical practice could reduce the nation’s overall mortality rate, said Whelton, an epidemiology professor at Tulane University School of Public Health and Tropical Medicine.

“I have no reason to believe the SPRINT experience is incorrect,” he said. “But how much that will impact overall the general population is to be seen.”

Until now, researchers haven’t been sure whether pushing blood pressure lower would help or harm patients, particularly elderly patients and those with chronic kidney disease.

In presenting the new findings, researchers said they found no significant differences in kidney function among patients with chronic kidney disease. And people 75 and older treated to the lower target appeared to benefit more than their younger counterparts.

The group with a below-120 target received three blood pressure drugs on average, while the below-140 group received an average of two drugs. The medications used in the study included diuretics, calcium channel blockers, ACE inhibitors and angiotensin receptor blockers.

Although the study excluded people younger than 50 and those with diabetes or a prior stroke, Jones said the findings should apply to almost everyone with high blood pressure, including diabetics.

“If you’re 35 and you have a systolic blood pressure above 140 and you’re in my office, I would want to treat that blood pressure to 120,” said Jones, also a past president of the AHA.

Jones is a member of the AHA/American College of Cardiology committee that is updating the high blood pressure guidelines, expected next fall. The SPRINT results will influence those guidelines, he said.

Whelton is chair of the committee and said a move toward more aggressive treatment would be challenging yet feasible.

“We didn’t do anything different than what one would be able to do in clinical practice,” Whelton said. “It can be done. It’s just going to take doing it.”

Systolic blood pressure is the top number in a blood pressure reading that measures pressure when the heart contracts. A reading below 120 is considered normal.

Even if the upcoming guidelines do recommend treating blood pressure to the lower target, experts agree drugs should not replace lifestyle changes.

“Pharmacologic treatment does not exonerate people with hypertension from trying to improve their lifestyle,” said SPRINT investigator Suzanne Oparil, M.D., director of the Vascular Biology and Hypertension Program at the University of Alabama at Birmingham School of Medicine.

The SPRINT researchers are also looking at how lower blood pressure impacts cognitive function and risk for dementia. Those results, along with longer-term outcomes on patients’ kidney function, are still being gathered, Oparil said.

Recently, The Lancet published an analysis of a group of studies (link opens in new window)about lowering of blood pressure. But not all of the trials in that analysis reported information on the safety of more intensively lowering blood pressure.

The AHA said the SPRINT results offer safety information and are more contemporary, as well as provide “clinicians and patients not only with an estimate of the benefits of intensive BP lowering but also the potential adverse effects of such a strategy. All of that information is needed for fully informed decision-making for this condition.” 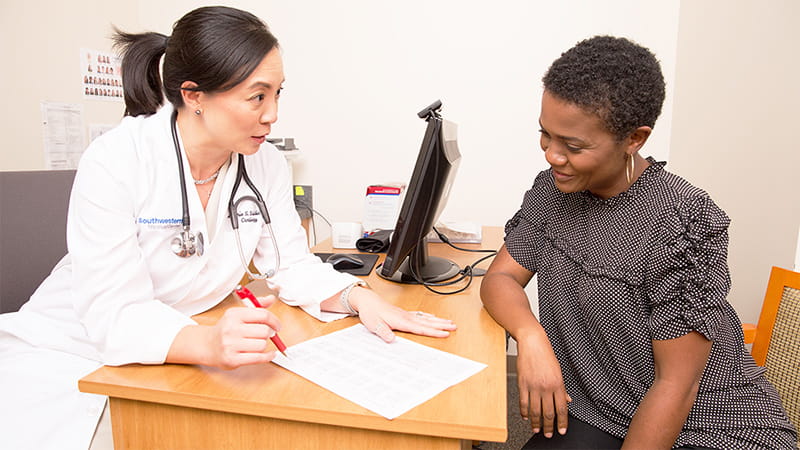