HOUSTON -- Keeping the head elevated is the favored head position for acute stroke patients, but some studies have indicated that lying flat may improve recovery.

A new, international study suggests it may not matter.

Researchers found no major benefit with sitting up or lying flat in patients with an acute ischemic stroke or intracerebral hemorrhage, a more severe type of stroke caused by bleeding in the brain.

While uncertainty remains regarding head position in acute stroke patients, the Head Position in Acute Stroke Trial, or HeadPoST, is important because it also showed there’s no significant risk with either position.

“The important message is that head position doesn’t seem to matter,” said lead investigator Craig S. Anderson, M.D., Ph.D., professor of stroke medicine and clinical neuroscience medicine at the George Institute for Global Health in Sydney, Australia. “It has no effect on recovery, the patient’s sense of well-being or mortality.”

The study, presented Wednesday at the American Stroke Association’s International Stroke Conference in Houston, is the largest randomized nursing care trial ever, with more than 11,000 patients from 114 hospitals in nine countries.

In the study, patients lay flat or with their head raised up to at least 30 degrees during the first 24 hours after being admitted to the hospital for a stroke. Ninety days later, researchers found no difference between the head-up or head-down position regardless of the type or age of the patient, type and region of the stroke or time from symptom onset, said Anderson, who presented the findings at ISC.

The trial found that lying flat was “uncomfortable,” but that didn’t appear to affect outcomes. Neither head position had an impact on serious side effects or the rate of pneumonia, which “should be reassuring” to developing countries, such as India, where stroke patients typically lie flat in non-mechanical beds, Anderson said.

Stroke is the world’s second-leading cause of death. In the United States, about 795,000 strokes occur each year. About 87 percent of all strokes are caused by a blocked blood vessel, usually a blood clot, in arteries circulating blood to the brain. This type of stroke is called an ischemic stroke.

Current stroke treatments include clot-busting medication and medical devices that can break up or remove clots. Many doctors think a patient’s head position may make a difference in recovery.

Some small studies have indicated that lying flat might improve acute stroke recovery by increasing blood flow and oxygen to the brain, but some doctors worry it could increase the risk of pneumonia. And sitting up may reduce pressure in the brain.

Among the new study’s weaknesses, most trial participants had mild or moderate strokes.

Lee H. Schwamm, M.D., chief of the stroke division at Massachusetts General Hospital and professor of neurology at Harvard Medical School in Boston, said the findings showed a slight trend in favor of lying flat as stroke severity increased. He wonders if the trial could have capped the number of mild stroke patients.

“I’m not positive they targeted the population they wanted to,” said Schwamm, who was not involved in the study. “Typically, there wouldn’t be as much of a risk of compromised blood flow or cerebral edema (brain swelling) in strokes with a score below 6.”

On a scale of 0 to 42, the median National Institutes of Health stroke score in HeadPoST patients was 4. A score of 21 or higher is considered a severe stroke.

Schwamm doesn’t think the new findings are likely to change current American Heart Association guidelines, which recommend acute stroke patients lie flat but should have their head elevated if they are at risk of aspiration, have difficulty breathing or have brain swelling.

"In the absence of data, creating a standard of practice and adhering to it is a good thing,” Schwamm said. 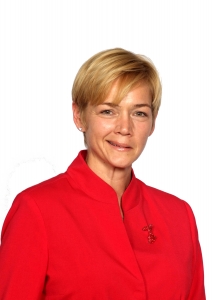