The American Heart Association is no longer only keeping tabs on America’s health.

For the first time in the 50 years that the AHA has released an annual snapshot of heart disease and stroke statistics in the U.S., the new report(link opens in new window) released Wednesday now adds a global view.

Health data compiled from more than 190 countries show heart disease remains the No. 1 global cause of death with 17.3 million deaths each year, according to “Heart Disease and Stroke Statistics — 2015 Update: A Report From the American Heart Association.” That number is expected to rise to more than 23.6 million by 2030, the report found.

Stroke remains the No. 2 cause of death in the world. The stroke death rate — the number of deaths per 100,000 people — went down between 1990 and 2010. However, the number of people having first and recurrent strokes each year went up, reaching 33 million in 2010.

“Heart disease and stroke are worldwide health problems, and we must closely track statistics on them  to fully understand and help address the global burden they represent,” said AHA president Elliott Antman, M.D., professor of medicine and associate dean at Harvard Medical School and a senior physician in the cardiovascular division of Brigham and Women’s Hospital in Boston.

“The American Heart Association continues to work with partners around the world to save and improve lives, wherever people live and work,” Antman said.

Fewer Americans have been dying of heart disease and stroke since the 1980s, and the new report found cardiovascular disease deaths in the U.S. continued to drop from 2001 to 2011, by 30.8 percent. Much of the progress comes from better use of medical therapies in patients with a history of heart disease and stroke and from lifestyle changes that are curbing the risk, the report said.

“There is a lot of good news in this report, and at the same time significant concerns remain,” Antman said. “We have made great progress in reducing deaths, yet we’re also seeing a rise in diabetes among children and childhood obesity rates remain stagnant. We must find ways to correct these troubling trends, or we risk losing ground.”

Antman noted the fight against these and other cardiovascular risk factors often starts in simple ways, regardless of what part of the world a person calls home. He points to mylifecheck.heart.org, a website where people learn how to improve their health by following “Life’s Simple 7”: get active, control cholesterol, eat better, manage blood pressure, lose weight, reduce blood sugar and stop smoking.

Globally, the AHA is working with the United Nations and international cardiology groups to adapt its evidence-based programs for use in other countries. The report cited estimates that 11.4 million deaths among 30- to 69-year-olds and 15.9 million deaths among people 70 and older could be delayed or prevented in 2025 if global targets are met for reducing tobacco and alcohol use, decreasing salt intake, managing obesity and lowering blood pressure and glucose levels.

This year’s report also contains a new chapter on sudden cardiac arrest. It is the first time detailed cardiac arrest statistics have been compiled within a single source. Other highlights of the report:

Each year, the AHA works with the Centers for Disease Control and Prevention, the National Institutes of Health and other government agencies to compile the most comprehensive and up-to-date statistics on heart disease, stroke and other vascular diseases. The update is the only source for current prevalence data on cardiovascular health. 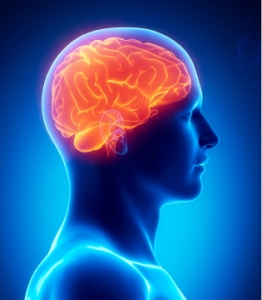